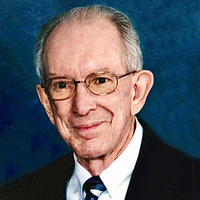 Charles Robert Marshall, 85, formerly of Minot, passed away after a long and courageous battle with Alzheimer’s Disease on July, 26, 2022 in a Lone Tree, Colorado Senior Living Community.

Charles was born on September 4, 1936 in Minot, the son of Charlie and Alberta (Dickerson) Marshall. He was raised in Minot and graduated from Minot High School in 1954. While in high school, Charles played the tenor saxophone in the band and participated on the football team. After high school, he studied at Minot State College. On March 4, 1955, Charles was married to his high school sweetheart, JoAnn Teigen. They had been married for 67 years at the time of his passing. Charles and JoAnn made their home in Minot and have three children, Clark, Nancy and Bonnie.

In 1955, Charles enlisted in the Navy. While in the Navy, he worked as the disbursement clerk and was stationed on the U.S.S. Abbot and the U.S.S. Shenandoah. He was honorably discharged in 1959. Upon returning to Minot after his Navy service, Charles was employed by Westlie Motor Company in Minot. The car business was highly rewarding for him and he loved every minute of it. He started as the credit manager and quickly moved to finance manager, lease manager, general manager, chief operating manager as well as sales manager of the heavy duty truck center. In 1988, he was proudly appointed to the position of President and Part-Owner of Westlie Motor Company. Upon this appointment, he took over operational control of Westlie Motor Company. He was well respected for his work ethic, enthusiasm, fairness, and motivational characteristics. One of his colleagues was known to say that “In Detroit, Charlie Marshall was known as one as one of the best Ford Dealers in America!” Charles had professional affiliations, in which he held many board member and committee positions, with the National Automative Dealer’s Association, Ford Dealer group, Minot Automobile Dealers, and North Dakota Motor Carriers Association. Charles retired from Westlie Motor Company in 2002. Charles work history also included five years as business manager and school board clerk for the Minot Public Schools from 1964 to 1969.

Charles was a proud citizen of Minot and highly invested in local clubs and organizations. He was a member of the Vincent United Methodist Church, Minot Area Development Corporation, State Association of School Business Officials, Parent Teacher Organization, Minot Public Schools Credit Union Board, Minot Chamber of Commerce, YMCA Board, as well as the local Elks, Eagles, Lions, Jaycees, Y’s Mens Club and the Gun Club.

Charles and JoAnn lived in Minot until 2011 at which time they moved to Lone Tree, Colorado. They also owned a home in Surprise, Arizona where they spent several months in the winter for over 20 years. They traveled all over the United States and the World mostly while attending Ford Dealer Conventions. They owned a lake cabin at Long Lake in North Dakota, which was a fun weekend getaway most weekends throughout the summer. Charles’ hobbies included hunting, fishing, boating, travel, reading, golf, exercising, and watching NASCAR racing.

Memorials sent to the family will be given to the Vincent United Methodist Church, Minot, ND.