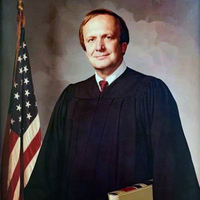 To view a livestream of the service access https://bethanylutheran.tv/

Wallace Dale (“Wally”) Berning was born on July 13, 1935, in Norborne, Missouri to Martin and Elsie (Schutz) Berning. He was raised and educated in Carrolton, Missouri, where he graduated from Carrolton High School in 1953. He attended Westminster College in Fulton, Missouri, for two years, completed his Bachelor of Arts Degree in Economics at the University of Missouri, and earned his Juris Doctorate from the University of Missouri Law School- Kansas City in 1960. He was admitted to the Kansas (1960) and North Dakota (1964) Bars. Wally enlisted in the United States Air Force in 1960 and served in the Judge Advocate General (JAG) corps at Fairchild Air Force Base in Spokane, Washington and at Minot Air Force Base until his honorable discharge as a Captain in 1964. He later served as the commander of Section 1 of the 311th General Hospital of the US Army Reserves in Minot (1968-1975).

Wally married Mary Ellen “Cookie” Okerstrom on August 5, 1961, at Elim Lutheran Church in Fargo, ND. They made their home in Minot where he was the Assistant State’s Attorney of Ward County (1964-73), and was in private practice with the Palda, Anderson and Tossett Law Firm (later Anderson, Tossett and Berning Law Firm) from 1964 to 1979. He was appointed Northwest Judicial District Judge in September of 1979 by Governor Arthur Link. Judge Berning was elected to an additional three terms on the Bench in 1980, 1986 and 1992 and was Presiding Judge (1981-1992), prior to his retirement in 1998. Judge Berning was also an Adjunct Professor at Minot State University, where he taught Business Law (1970-79). Following his retirement, Wally and Cookie continued to reside in Minot and spent the summer months for many years at Lake Metigoshe.

Judge Berning loved his community and believed deeply in serving it. He was elected to the Minot School Board (1975-79), serving as President of the Board for two of those years. He served on the Minot Planning Commission (2005-11), and was a member, President (1986-87) and a Paul Harris Fellow of the Minot Rotary Club. He was a board member for the Minot Area Chamber of Commerce and the All Seasons Arena. Prior to his judicial appointment, he was active in the ND Republican Party, having served as Chair for the 41st District. With that, he was always especially honored to have been appointed to his judgeship by Gov. Link, a Democrat. He was a member of the Ward County Bar Association, Elks Lodge, and the Masons, serving as Worshipful Master of the Star in the West Masonic Lodge, and a member of The Inquisitors, all in Minot.

When Wally believed in a cause, he served wholeheartedly. In his very young years, he was an active supporter of Planned Parenthood in Kansas City. This continued to his early days in Minot, where he was actively involved with Ward County Social Services, serving on the Oppen Foundation’s Board of Directors, and opening the Berning home to several young women seeking assistance through the Unwed Mothers Program. His support for some of these women went years beyond the program.

He was an avid supporter of the Rotary Youth Exchange Program, and especially enjoyed serving as a host family for two students. He loved practicing his very poor French language skills with one and cherished many fun times with his favorite, Gunilla Richardson, from Sweden, with whom he kept in contact throughout his life.

He served as a volunteer “squirts” hockey coach with his good friend, Dr. Vernon Reardon, although he knew nothing about hockey! He later continued his support of the hockey community by serving as a billet/host family, along with Cookie, for players of the Saskatchewan Junior Hockey League. His love for many of these players was lifelong.

He appreciated the fine arts. He was an active supporter of the Minot Opera and Symphony Associations and Minot theater programs. With Cookie’s help, his support often came as hosting rousing post-event parties at the Berning home. He served on the Board of Directors of the Minot Public Library, which he frequented often.

Wally loved helping others. He served as a Big Brother in the YMCA Big Brother/Big Sister Program and serviced as a hospice volunteer. In his later years, he served as a Volunteer Transporter at Minot’s Trinity Hospital, where he enjoyed seeing so many community members. He was a member of Bethany Lutheran Church, and former member of Augustana Lutheran Church, where he served as President of the Congregation and on the Church Council for several years.

Wally’s interests were varied, and at times, unexpected. He not only enjoyed playing the violin and banjo, but he especially loved sharing his musical skills(?) with the community. With his dear friend, Nita Kontos Roberts, his performances of hits such as, “I’m a Little Teapot” were the highlights of many Minot area social events and fundraisers. He greatly enjoyed discussions of politics and world events, opposing views or not. He greatly preferred Tab over Diet Coke, even better when served with rum. He enjoyed playing tennis. He loved to cook and bake, often adding pepper or curry, regardless of the recipe. He enjoyed sharing witty retorts and quips of wisdom with others, solicited or not. Most of all, Wally had an interest in people. This came through in his many deep friendships, his assistance to many and his gift for speaking to and befriending anyone, anytime, anywhere.

Wally was preceded in death by his parents, his sister, Phoebe Ann Shepard, and half-brother, Glenn Berning.

Funeral service: Friday, July 1, 2022, at 11:00 AM at Bethany Lutheran Church, Minot.  To view a livestream of the service access https://bethanylutheran.tv/

Interment:  A graveside service will be held at Rosehill Memorial Park, Minot, immediately following the funeral.