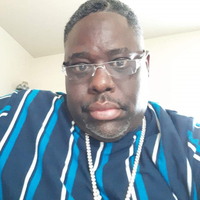 Tony was born August 8, 1966, in New York state to his mother Beverly Anderson. He was raised in New York by his foster family, along with his brothers. He attended Beach Channel High School, a public school of New York City.

Tony found himself in Minnesota while working as a traveling salesman where he pursued his dream of music and met people that would become longtime friends and family.

Tony held a special place in his heart for helping others due to his upbringing in the foster care system. Because of this he volunteered and worked at multiple places where he could provide aid and support to those in need. Through his work at Steppingstone Emergency Housing and Volunteers of American/Bar None of Minnesota he was able to assist many people in the community. Tony had the great ability to uplift and guide youth through difficult times. He was an advocate of God’s love to not only those he worked with but his family and friends as well.

While still in Minnesota Tony would be introduced through family and friends to Tina Thayer in Coon Rapids, MN. The couple dated from 2006 until being married on February 16, 2013, in Anoka, MN at the Elim Baptist Church. Not only did they come together in marriage they joined their families as one. The couple continued living in the Anoka/Isanti, MN area until moving to Watford City, ND in August of 2020. Shortly after they moved to Rugby, ND where Tony found employment with the Heart of America Correctional and Treatment Center/Rugby jail as a corrections officer, continuing his passion for helping people.

When not working Tony could be found listening to or making music, even starting a DJ business called Funk Machine  Entertainment.  Tony had a great sense of humor and was able to make you laugh and feel good about yourself. Never one to be underdressed he always would step out of the house impeccably dressed. No matter the color he could make it look good. Even, before becoming ill, ordering an outfit in hues and shades of pink right down to the sneakers.

Tony was preceded in death by his mother Beverly and father and brother Bruce Anderson.