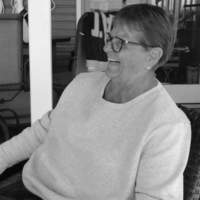 Gwen Arlys was born on October 23, 1942 at Mercy Hospital in Valley City, ND, to William Fred and Berna Marie (Podhasky) Potthast. She was raised and educated in various places in North Dakota.

Gwen was once married to Alvin M. Ohlhauser and they were the parents of Michele, Cheryl and Stephanie. They married in Linton, ND and resided in Moorhead, Bismarck and Dickinson.

Gwen married Clif Issendorf on December 8, 1970 in Las Vegas, NV. They were the parents of Jennifer, Jessica and Jon.  They made their home in Newburg and on a farm east of Kramer, ND and enjoyed spending as much time as possible at their home on Lake Metigoshe, eventually residing there.  Also, Clif and Gwen were co-owners of McJacks Pub and Chop House in Minot.  Most recently, Gwen had been a resident of Maple View Memory Care in Minot.

Gwen was past president of the Newburg and Kramer P.T.O. She was the business manager of the Club de Skinautique from 1979 to 1982 and was referred to as “Mom” by the skiers. Gwen was an active member of the Lake Metigoshe Family Snowmobile Club and organized many international snowmobile rides through the Turtle Mountains. She also organized cross country ski races for all ages as well as being the voice for Alpine Ski Races and Special Olympics at the Bottineau Winter Park.  Gwen enjoyed volunteering at Camp Metigoshe on Lake Metigoshe where she assisted with cooking for the campers and working with the developmental and physically disabled campers.

A Celebration of the Life of Gwen Issendorf will be in the summer of 2023.
Memorials are preferred to Club de Skinautique and Bottineau Winter Park Ski Team.