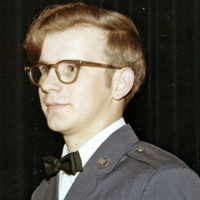 Danny Sult, 68, formerly of Pennsylvania, received the Lord’s peace and rest on September 14, 2022, in a Bismarck hospital, surrounded by his loving family.

Danny was born March 9, 1954, in Wilkes-Barre, Pennsylvania to Sterling and Gladys (Thomas) Sult. He was born into the Methodist faith and attended Methodist Firwood Church in Wilkes Barre. Danny attended school at Kisler Grade School and graduated from Meyers High School in 1972.

Danny was united in marriage to Janet Evelyn (Conway) Sult on May 11, 1974, at Dover AFB in Delaware. They were blessed with two sons Lucas Conway Sult and Jason Allan Sult.

Following his honorable discharge, Danny worked at Minot Daily News in delivery and later found his niche at Menards. He worked for 12 years, starting in the yard and receiving part of the store working his way into the electrical department. He retired on January 1st of 2022.

Danny suffered and was healed in 2008 in his health struggles through cancer, congenial heart disease and later covid-19. He enjoyed hunting deer in his active years and woodworking in his spare time. Danny will be most remembered for his generosity and selflessness to everyone blessed to share in his life.

Danny was preceded in death by his parents and grandparents, Albert and Lydia Thomas  and Sterling and Eva Sult.

The family would like to give a special thanks to VA Veterans Care for providing medical care and coverage at the hospitals (Sanford). Also, the care of Dan by the First Light Home Care givers and the Quality Inn of Bismarck for their urgent help.