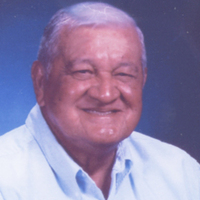 Peter enlisted into the US Air Force at the age of 16 but was returned home from Guam after figuring out his age. He reenlisted on Jan 8, 1948 and served his country honorably until his discharge April 14, 1955.

Peter spent his entire working life learning the craft of autobody repair. He worked for a few different shops during his 50+ years in the industry between Devils Lake, Vancouver, WA and Minot, but mostly at his own pace and for himself.  He was blessed to have a shop to do his work provided by the Huwe family in Minot.

Peter married Ruth (Wolkenauer) Saulmon on July 8, 2005. They made their home in Minot and were blessed with years of love and companionship. Ruth passed away May 10, 2022.

Peter was a member of First Assembly of God/Journey Church in Minot. He enjoyed fishing and driving around the countryside and will be remembered for asking others for prayers.

Peter was preceded in death by his parents, wives, Frances and Ruth and brothers Dan, Clarence and Pat Grant.

Service to Honor Peter Grant: 2:00 p.m. Thursday, September 29, 2022 at Journey Church, Minot.
Interment: Rosehill Memorial Park, Minot at a later date.
Visitation will be held one hour prior to the start of the service at the church.
Memorials are preferred to Gideon’s International.