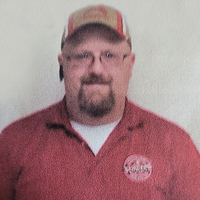 Shawn worked at many different jobs and was well liked at all of them. He last worked at Circle K/Holiday Station Stores as a maintenance man for their car washes. He was spoken highly of by co-workers and management alike.

He will be missed by all.

A celebration of his life will be held at a later date.