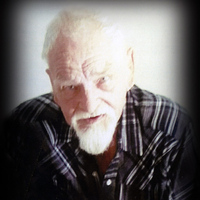 The Graveside service for Gerald will be held at 2:00 p.m. on Wednesday, June 8, 2022 at the North Dakota Veterans Cemetery, rural Mandan.

Gerald was born June 10, 1929, on the Gulbranson family farm, located near Eveleth, MN to Theodore and Louise (Maki) Gulbranson. He was born many weeks premature but fought his way to a successful adventure filled life. It spanned from Northern Minnesota to the Caribbean and across lower forty-eight with stops on each coast until spending his last couple of years near family in Minot.

Gerald prepared for his life’s journey alongside his father and brothers working with sheet metal. They solved problems for others and were known in the area as inventors who had mastered their craft. This path led to a life of service as an engineering consultant in the construction arena honing skills that included plumbing, electrical and finishing of structures for a variety of companies. He was simply talented in both body and mind, problem solving for NASA and the railroad during his free-lance years.

Gerald was united in marriage to Christine Semevolos on November 11, 1950 in Minot, ND. They were blessed with two children. Gerald was a US Navy Veteran who served during the Korean Conflict and was stationed in Rhode Island. He was honorably discharged from active duty on June 9, 1955.

Gerald was a golden gloves boxer in his day and an avid bowler when he found the time. He was naturally artistic, which led to being a visionary, with an ability to draw out his plan and blueprints to solve any problem.  This talent was often hid due to his under the radar personality.

Gerald will be missed for his adventurous stories and meek spirit but remembered by all who were blessed to share in his life.

Memorials are preferred to organizations devoted to the care and well-being of American Veterans.