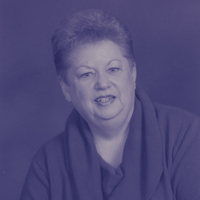 Kay was born on January 28, 1951, in Jellico, Tennessee, the daughter of Robert and Bobbi (Roundtree) Thomas. She was raised and educated in Indiana and Michigan prior to the family moving to Minot in 1964. She graduated from Minot High School in 1969 and was employed for a short time at Minot State College.

Kay was united in marriage to Vernon Bohara on June 13, 1970, in Minot. They were blessed with a daughter Rebecca and made their home in Minot before moving to rural Burlington in 1995. She was employed at ABC Daycare for a number of years as a pre-school teacher until retiring in 2003.

Kay was a member of West Minot Church of God, where she taught Sunday School and was active with Women’s Circle group. She enjoyed quilting, reading, cooking, knitting, crocheting, collecting roosters, and travelling with Vern.

Kay was preceded in death by her mother, Bobbi.

Memorials are preferred to an organization of the donor’s choice.