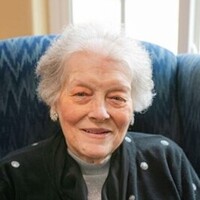 A livestream of the service will be available by accessing: www.firstlutheran.tv

Pearl Mickelson, died at the age of 80, Thursday, November 25, 2021, under the gentle and loving care of the staff at Edgewood Vista Memory Care.

Pearl Evangeline was born November 6, 1941, to Peter M. and Edna G. (Tommeraas) Nygaard in Williston, ND. She had two sisters, Lorraine Muriel Johnson (Lester) of Alamo, ND, and LaVonne Ardis Blikre (Clair) of Wahpeton, ND. She was raised and educated in Alamo, ND, where she graduated high school in 1959. She attended Concordia College in Moorhead, MN, before attaining her B.S. in Education at Minot State College in 1964.

While attending Minot State College she met Gary Lee Mickelson of Sioux Falls, SD. Gary was stationed at Minot Air Force Base and served his country from 1961 until 1965. Gary and Pearl were married on August 22, 1965, in Alamo, ND. Together they had three sons: Troy Todd of San Diego, CA; Stacey Lee of Washington, DC; and, Toby John (Nicole) of Ham Lake, MN.

Pearl and Gary lived in Northwest Minot where they raised their family. They were life-long members of First Lutheran Church where Pearl once taught Sunday School, was active in Circle, and served on Altar Guild. The daughter of Norwegian parents, she was proud of her Scandinavian heritage and loved spending time at the Norsk Høstfest each fall visiting with old friends and making new ones, while also enjoying the many delicacies representing various Nordic Nations. She loved lefse, rømmegrøt, and yes, even lutefisk.

Pearl accepted employment in the Minot Public School System upon graduation from Minot State College. She first taught school at McKinley Elementary before transferring to Sunnyside Elementary where she taught through the 1970s. In 1981 she chose to fill an open second-grade teaching position at Longfellow Elementary and remained there until her retirement in 2003. Gary and Pearl entered retirement together but chose to teach one remaining school year in Gilbert, AZ, in 2003-2004. After Gary’s death in 2005 Pearl returned to the Minot System as a substitute teacher until 2017. Other than the time spent with her family, she loved most the time she spent in the classroom helping children grow and learn.

Survivors: Pearl is survived by her three sons Troy, Stacey, and Toby, along with his wife, Nicole, and their six children, her grandchildren – Landen, Greer, Hollis, Veyda, Scarlett, and Estelle; and, nephews Loring Johnson, Leston Johnson, and Lyndon Johnson, and nieces Lorrie Ann Horsley and Cindy Blikre.

She is preceded in death by her husband Gary; her parents Peter M. and Edna G. Nygaard; and her sisters Lorraine M. Johnson and LaVonne A. Blikre, and their husbands Lester and Clair, respectively.

Celebration of the Life of Pearl Mickelson:  Wednesday, December 1, 2021 at 11:00 a.m. in First Lutheran Church – Minot. A livestream of the service will be available by accessing: www.firstlutheran.tv

Interment will be in the First Lutheran Church Cemetery, Minot, ND.