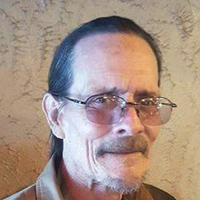 He worked for the Minot Parking Authority for five years, then continued his education at the ND State School of Science in Wahpeton.  He graduated with a degree in Electrical Engineering carrying a 3.8 GPA throughout college.

Bruce moved to Phoenix, AZ where he put his schooling to work for Honeywell and Sperry Flights during his career.

Bruce was once married to Jane Zaback on February 28, 1981.  This union was blessed with a daughter, Paige, later that year and a son, Travis in 1987. They lived in Phoenix.

He returned to Minot in 1999, where he met his longtime companion, Colleen Larson.  They enjoyed the next 22 years together in the ‘Magic City.’  Bruce worked for Superpumper as a clerk/attendant for many years until his health forced his retirement.

Bruce spent his active years on the golf course while in Arizona and enjoyed tinkering on electrical projects often assisting neighbors with projects when they had a need.  He was a talented pool player in his day, competing a league play for many years and completing many trick shots with ease.  He will be remembered for his love of animals and for his care of family and friends.

Bruce was preceded in death by his parents.