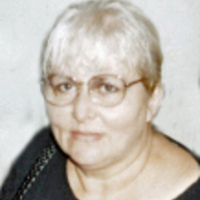 A livestream of the service will take place by accessing https://www.mtmsales.net/thomas

Shirley was born October 28, 1936 in Chicago, Illinois; the first of two children to Nels and Kathryn (Vitrachenko) Sorensen. She moved with her family to Minot and they operated the South Prairie Service Store (a gas, grocery and Café) south of Minot for several years.

She attended Minot High School and graduated in 1954. She met her future husband there and they were united in marriage on December 19, 1954 at Saron Lutheran Church, south of Minot.

Shirley was employed at Lunder’s Kiddyland, located at Roosevelt Park Zoo, Gaffney’s as a bookkeeper, and served as a nanny for a family. Along with raising their four daughters, she worked in the administration offices of Fisher Motors, John Moses Air Force Hospital and finally at the Minot Air Force Base as a court reporter in the Pride Building for the JAG (Judge Advocate General). She continued to work there, while commuting on weekends to Lincoln, NE to be with Levi and the girls while he was working with Burlington Northern Railroad. Later she would move with her husband, while he was stationed at St. Paul, MN, Overland Park, KS and Fort Worth, TX. When Levi retired in 1996, they returned to Minot to the home they had built in the early 1960’s.

Shirley had a big heart for the underdog. She helped young kids and served as a mentor to them, often treating them as one of her own. Many of the neighborhood children congregated at her home. She was a lover of all animals. Everyone brought their ailing cats, dogs, birds and iguanas. During their retirement, Shirley and Levi enjoyed playing secret Santa, and were avid contributors to various wildlife and sea life charities, such as the Wildlife Federation and National Audubon Society. She especially was devoted to giving to the St. Jude’s Children’s Research Hospital.

She and Levi enjoyed travelling to visit with their children and grandchildren, enjoying the sites and scenery along the way. Levi died January 26, 2014.

Shirley’s faith in God was immense. Although she brought her family up Lutheran, she often attended St. Leos Catholic Church and many of their activities, such as the Bishop Ryan Catholic School Carnivals. From the time she was a young girl, she sought out a church on her own. She was proud to say she was a Catholic at heart, a Lutheran by marriage, she did encourage her children to explore and find a church of their own.

Shirley enjoyed attending the local YMCA, where she participated with her good friend, Charlotte Rust in the Aquasize class there. In her spare time, Shirley could be found reading, visiting with friends, playing Tetris, doing crossword puzzles and watching TV, especially black and white movies.

Shirley was preceded in death by her parents; husband of nearly 60 years, Levi; brother, Ric and son in law, Daniel Corbin.

Public Graveside service: Monday, October 18, 2021 at 11:00 in Section 1 (Gate 3) of Rosehill Memorial Park, Minot. A livestream of the service will take place by accessing https://www.mtmsales.net/thomas

In lieu of flowers, memorials: are preferred to St. Jude’s Children’s Research Hospital.