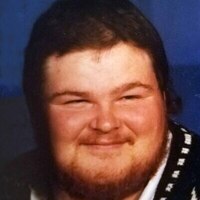 Corey was born February 15, 1963, in Stanley, ND to Lynton and Carol (Tofteland) Klimpel. He was raised in Sawyer, ND and graduated from Sawyer High School. As a kid, Corey enjoyed many summers at Triangle Y Camp, and eventually became a camp counselor. During his school years, he participated in the wrestling program and played football. He later played on a traveling softball team.

He worked as an electrical journeyman in the Minot area and accepted a position which required him to transfer to New York for a short time. It was there that he met his future wife, Edna. They moved back to North Dakota, got married and made their home in Sawyer. They later divorced.

Corey studied broadcasting at Minot State, eventually starting his own DJ and karaoke business, KC’s Music Machine. In 2002, Corey found his true passion, owning and operating The Mint Bar in Velva. It was here that many happy memories were made and good times were had by family and friends. As Corey would say, “Where You’re Only a Stranger Once.”

Corey was an avid sportsman who loved deer hunting with his family and enjoyed many summers of lake life and fishing on Lake Sakakawea. He once managed a pool team and led them to many league championships. Corey was always up for a good game of pinochle or poker. He was a loyal fan of the Minnesota Vikings and Kansas City Chiefs.

Corey had many beloved dogs over the years, with his most recent faithful companions being Rocky & Orky. Those little boys were so dear to his heart and he loved them very much.

Corey had a special place in his heart for his niece Jamie Lynn (Punkerdoodle). They especially enjoyed going to the zoo, fishing in his boat, going for country drives, watching movies, and playing games.

Corey was a caring & loving friend to everyone he knew. He will always be remembered for his infectious laughter and smile. You always knew it was going to be a good time when Corey was around telling his stories and jokes.

Corey was preceded in death by his parents, infant brother, Clifford, maternal and paternal grandparents.

Memorial Service: Thursday, October 7, 2021 at 11:00 a.m. in the Southside Church of the Nazarene, Minot.
Internment: Rosehill Memorial Park, Minot
Visitation: Wednesday, October 6, 2021 from 4:00 – 6:00 p.m. in Thomas Family Funeral Home, Minot.
After the services it would make Corey very happy if everyone would gather at The Mint Bar, located at 13 Main St. N, Velva, to celebrate his life.