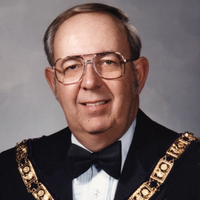 James Bennett, 86, Minot and formerly of Harvey died on September 30, 2021 in a Minot hospital.

James Russell Bennett was born on August 28, 1935 in Drake, ND to Russell and Helen (Olson) Bennett. He was raised and educated in Drake and Harvey where the family moved in 1943. James graduated from Harvey High School in 1953. James enlisted in the U.S. Navy in November of 1953 and served until his honorable discharge in September of 1957. Following his discharge, he attended Minot State University and was employed as a salesman at Clute Office Equipment. Jim married Janice Lee on February 15, 1966 in Rapid City. They made their home in Minot where he continued his employment at Clute Office Equipment as a part owner of that company from 1966 until 1984. Jim earned his stockbroker’s license in 1986 and was employed by Morgan Stanley from 1986 until he retired in August of 2000.

James was preceded in death by his parents and a sister Shirley Tollefson.

A Celebration of the Life of James Bennett will be held 1:00 p.m. June 11, 2022 at Thomas Family Funeral Home, Minot.
Visitation will be held one hour prior to the service at the funeral home.
Memorials are preferred to Elk’s Camp Grassick – 833 Grassick Lane – Dawson, ND 58428.