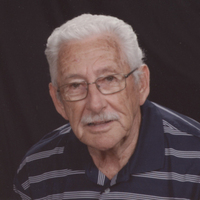 A livestream of the service is available by accessing: www.vincentumc.com

Dale Humphreys, 85, longtime Minot insurance agency manager died on Wednesday, September 1, 2021 in his home with his loving family at his side.

Dale Carlyle Humphreys was born on March 24, 1936 in Washington, Iowa to Fred and Ruby (Myers) Humphreys.  He was raised on a farm near Wyman, Iowa and attended school in Wyman, graduating in 1953 and continued his education at the University of Northern Iowa.  As a student he was employed by area farmers and on a concrete construction crew.  As a young adult he was employed as an automobile salesman, and in farm fertilizer and chemicals sales and their application in the Winfield, Iowa area.

Dale married Wilma Marie McFarland on February 8, 1958 at the Little Bit of Heaven Wedding Chapel in Davenport, Iowa.  They made their home in Olds, Winfield, Fredonia and Wyman in Iowa while Dale was a Farm Bureau Insurance Agent.  Then, as a field underwriter, claims processor and served as a teaching agent for a substantial portion in Iowa.  The family moved to Janesville, Minnesota in 1964 and in 1971 to Cloquet, MN where Dale was the assistant manager of the Cloquet Northern Insurance Agency.  In 1974 they moved to Litchfield, MN where Dale was manager of the Litchfield State Bank Insurance Agency.

The family moved to Minot in 1977 and Dale was the manager of the Union Insurance Agency.  In 1980 the agency became First Insurance, then later Reidman Insurance and Brown and Brown Insurance Agencies.  Dale served as regional manager as well as on the Board of Directors of these agencies.  He retired in 2001.  Wilma died on June 21, 2016.

In the communities where Dale resided he was active in the Methodist or Presbyterian Churches, chambers of commerce, bowling associations, youth sports, especially hockey and Rotary.  Dale was a longstanding member of the Masons, with membership in Star In The West Lodge 33.  Dale was a member of the ND and Minot Bowling Associations (President) and was inducted into the Minot Bowling Hall of Fame.  Dale served on the Board of Directors and as President of the Minot Hockey Boosters and was inducted into the Minot Hockey Hall of Fame.  He was a member of Vincent United Methodist Church and former member of Faith Methodist and North Hill Methodist Churches where he was a trustee and lay leader.  He especially enjoyed travel, camping, bowling, hunting, fishing and golf.  Dale and Wilma had traveled to all fifty states as well as several overseas locations and had spent twenty winters in Harlingen, TX and Yuma, AZ where they enjoyed the warm weather and relaxing in their pool.

Celebration of the Life of Dale Humphreys:  Tuesday, September 7, 2021 at 11:00 a.m. at Vincent United Methodist Church, Minot or viewed live stream at www.vincentumc.com.  Following the service lunch will be served.

Interment will be at Sunset Memorial Gardens, Minot.