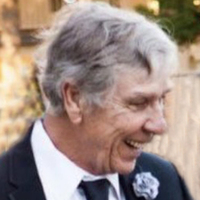 David Corning, 67, Minot and formerly of Tempe, AZ died on Sunday, September 5, 2021 at the home of his daughter with his loving family at his side. He was under the special care of Trinity Hospice.

David Harry Corning was born on April 27, 1954 in Philadelphia, Pennsylvania to James and Ethel (Unrath) Corning.  He was raised and educated in Croydon, PA and graduated from Woodrow Wilson High School in Levittown, PA.  He enlisted in the United States Air Force on November 20, 1972 in Philadelphia and served served with Squadron 42350 as an Aircraft Electrical Systems Specialist until his honorable discharge as a Sergeant on November 19, 1976 at Loring Air Force Base, Maine.

David married Cindy Johnson on February 17, 1972 in Croydon, PA.  They made their home in Mesa, AZ and Tempe, AZ for 40+ years where he was employed as an electrician and PLC Programmer by CEMEX and Keller Electric.  He retired in 2015 and had recently moved to Minot to be closer to his daughter and her family.

David was a member of the Turbo Diesel Register (TDR) and especially enjoyed restoring old cars and traveling.  One of his cars, a 1970 Plymouth Roadrunner was featured in two car magazines including Chrysler Power.  David and Cindy had traveled to all 50 states and the provinces of Canada.

David’s loving family includes his wife of almost 50 years: Cindy; daughter:  Brandye (Trevin) Klein of Minot; grandchildren:  James and Henry and several nieces and nephews.  He was preceded in death by his parents and brother: James.

Graveside Service:  Due to the Coronavirus Pandemic, a service will be held at a later date in the National Memorial Veterans Cemetery in Phoenix, Arizona
Memorials are preferred to the donor’s choice.