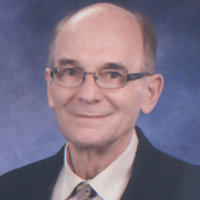 To view a livestream of David’s service visit: https://youtu.be/Fxr1tPxEFUM.

David  Robert McCormack, 73, Minot, formerly of Des Lacs, ND was born March 23, 1948 at Minot, North Dakota the son of William “Benny” and Esther (Ruge) McCormack. He was raised on the family farm in Des Lacs Township near Des Lacs and educated at Des Lacs graduating in 1966. He was active in academics and music which he continued at Minot State University, where he double majored in music and mathematics education.

On July 4th, 1969, he asked Helen Haglund to share their lives together. Exactly 52 years later, on July 4th, 2021, they said their goodbyes and David went ahead to join his parents with God in the faith he held dear. In between, he and Helen were married on July 11, 1970 and built a life together. They moved to Killdeer where he taught music.  Then, in 1971 they moved to Lehr where he began his lifelong career teaching mathematics. In 1973 they moved to Makoti and in 1981, he was given the opportunity to teach math at Minot High School.  In the fall of 1988, he continued pursuing his passion for teaching at Minot State University in the Department of Mathematics. He received a Master’s degree from the University of Oregon and later received his Doctorate Degree in 1993 from the University of Northern Colorado. He continued teaching and later in his career also acted as Department Chair and Dean at various times at Minot State until his retirement in 2007.

David and Helen joined the staff with Wycliffe Bible Translators in 2007 and were placed at the Black Forest Academy, a school for children of missionaries in Germany until 2015. Upon returning to Minot, he continued serving Wycliffe as a Human Resources Financial Liaison.  In that role he taught new members how finances work in Wycliffe until turning over his responsibilities in July of 2021.

David was a longtime member of Trinity Evangelical Free Church in Minot, where he served on the Elder Board, as a Sunday School Teacher and in a number of other Church Activities.  He was a member of the National Council of Teachers of Mathematics and in 1986 received the Award for Excellence in Math Education from that organization. He enjoyed doing carpentry and repair work, both in the planning and execution of clever solutions–much like his father before him.

David was a steadfast and devoted believer, husband, father, brother, grandfather, educator and friend. He demonstrated a humble consistency throughout his life to the beliefs and people who he loved and shared his life with. He reflected the values of tenacity and kindness that he learned from his parents, Esther and Benny, and passed them on to his children along with an understanding of the importance of family.

David was preceded in death by his parents.

Celebration of Life service: Friday, July 9, 2021 at 11:00 a.m. in Trinity Evangelical Church, Minot.  A livestream of the service can be viewed by going to the funeral home website as seen below.

In Lieu of flowers or plants the family prefers memorials be designated to Trinity Church of Minot or Wycliffe Bible Translators.

To view a livestream of David’s service visit: https://youtu.be/Fxr1tPxEFUM.