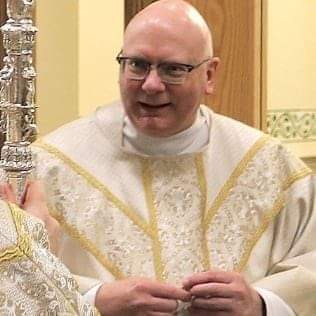 A great priest, son, brother, uncle, cousin, and friend, Monsignor Jeffrey Wald was born December 17, 1963 and grew up believing in hard work on a family farm a few miles south of Napoleon, ND. He was ordained a priest in the Diocese of Fargo on June 6, 1992 and received the honor of being a Monsignor on October 7, 2006 He unexpectedly passed away on October 27, 2020 and left behind a legacy for everyone to live by.

He believed in hard work and served his parents, family, friends and anyone who encountered him. He was the best story teller with a great sense of humor. He left us all too early but his legacy of faith and love for all lives with each of us daily. We love and miss him and he will always be in our hearts.