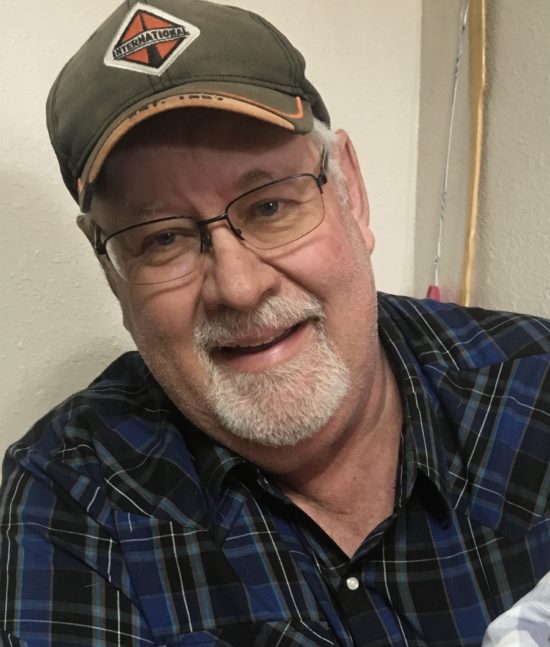 When you think of Eddy B, you will probably imagine his smile followed by his happy go lucky “hello”. He had friends of plenty and family was his top priority. Stranger or neighbor, he always took time to reminisce of days gone by.
Eddy was born in Elgin, ND, to Edward and Tillie (Haff) Ulrich on November 3, 1958. Being an only child and raised surrounded by his uncles, he cherished the traditions, values and morals his family instilled in him growing up on the family farm north of Elgin. He had a great group of friends and would share stories for hours of the times they spent together.
Eddy met Pam, the love of his life and they were married on September 12, 1981. They were blessed when their son Brandon was born in 1985 and again when their daughter Kendra was born in 1987. In the past few years he spent every free minute he could with his two grandson’s Connor and Colton.
When Eddy retired from farming he spent his time working for Lloyd Klein Farms and Hochhalter Custom Harvesting while still keeping some cattle to keep him busy. He also served as President of the Grant County Weed Board and was proud to serve as the Secretary for the Elgin Fire District.
He enjoyed the outdoors, driving the country side and the occasional trip to the casino. Like any farmer/rancher, Eddy loved a good bargain and would tell stories of the deals he would come across along the way. Brandon was his right hand man and where one was, the other wasn’t far behind.
It was easy for Eddy to visit with a stranger and because of this; he made many cherished friends over the years. If you ever met Eddy you knew he was more than just a good man, he was a great husband, father, grandfather and friend. He would always say, I’m not here for a long time but I’m here for a good time”, and he did have a good time, living life to its fullest.

Not a day goes by that this grandson Connor doesn’t talk about his Papa Eddy. He is missed beyond measure by his family.