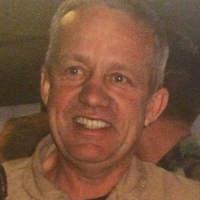 Terry Lee Nelson, 74, passed away Sunday, November 29, 2020, after a long battle with Alzheimer’s and a short war with Covid-19. Terry stated he always felt closest to God when he was above cloud level. Now he’s flying above with wings of his own.

A celebration of life was postponed and will be held 1 p.m. Friday, July 23 at House of Prayer Lutheran Church, 1470 S Washington St., Bismarck. Visitation will be held one-hour prior at the church.

Burial will follow at the North Dakota Veterans Cemetery, Mandan.

If you are unvaccinated, please respect the vulnerable by practicing safe COVID-19 measures while indoors.

He was born in Minot, ND, on November 3, 1946, to Robert E. and Harriet L. (Rakstad) Nelson. Terry was raised on a farm outside Raub, ND, and graduated from Parshall High School in 1964. Later, he attended Valley City State College where he met and married Alice Kjelland. They both graduated in 1973 and were married the same day. Two children, Tamera and Dean, were added to the love, fun and problem solving that life brings.

Terry held various positions over the years in Jamestown, ND, as travel club pilot, loan officer, crop sprayer and municipal bond consultant. Throughout all of these, the ND National Guard was a constant, and in 1989, he was offered his dream job of flying full time. The family moved to Bismarck, ND, where Terry led Detachment 42 Fixed Wing Battalion until his retirement in 2006. His military career included a deployment to Afghanistan in 2004.

Terry lived an full and active life, which included things like strapping on stilts to play “Shorty” the clown with the Shriners, barefoot water skiing, camping, working on his golf game, etc. He truly loved spending time with family and friends, especially gathered on the deck with a cocktail in his hand and laughing at stories until tears flowed. He wasn’t much for being the center of attention, but he sure never passed up an opportunity for one of his witty one-line zingers. Terry also was very definite on his likes and dislikes, and was quite creative in successfully avoiding unpleasant tasks. Somehow, a well-timed flight would always correspond with butchering chickens or attending some formal function. But he couldn’t hide! We could always trace his location by the trail of partially read books and half-empty Diet Coke cans.

Terry was preceded in death by his parents; and brother, Bob.