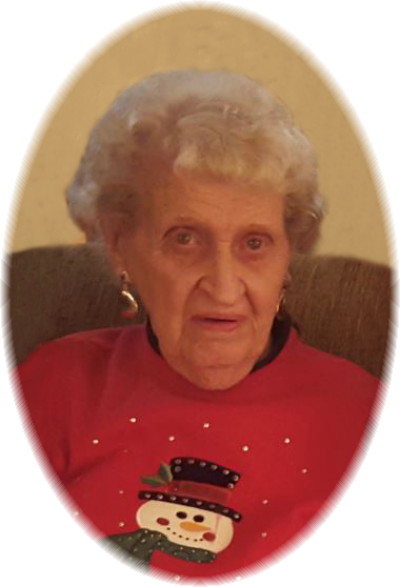 Margaret Miller, 104, Dickinson, passed away on Thursday, January 19, 2023 at St. Luke’s Home, Dickinson. Margaret’s Mass of Christian Burial will be at 10 a.m., Tuesday, January 24, 2023 at St. Joseph’s Catholic Church, Dickinson with Fr. Ben Wanner as celebrant. Interment will take place at St. Joseph’s Cemetery. Visitation will be from 3 p.m. to 7 p.m. on Monday at Ladbury Funeral Service, Dickinson with a rosary and vigil at 7 p.m. with Deacon Ross Reiter presiding. Visitation will continue one hour prior to the service at the church on Tuesday.

Margaret Schwartzbauer was born February 3, 1918 in Center, to Gertrude (Scheartle) and Joseph Schwartzbauer, the eighth of 11 children. She grew up on a farm in New England, where she attended St. Mary’s Grade School through the eighth grade. She married George Miller on October 30, 1940. Together they made their home in Dickinson, where they raised their three children.

Margaret worked as an LPN at St. Joseph’s Hospital for 35 years, retiring in 1980. After retiring, she spent her days crocheting, embroidering, and doting on one of her three “Buddy” dogs that meant so much to her. Margaret took great pride in her cooking and baking and made certain no one left her home hungry. She always had a pot of coffee on for frequent visitors. Margaret had a strong faith and enjoyed singing in the church choir for many years.

She was preceded in death by her husband, George Miller, on February 8, 2005; her parents; son and daughter-in-law, Ernie (Bobbi) Miller; son-in-law, Albert Decker; ten siblings and their spouses; one grandson; and one great-granddaughter.

The family would like to thank the generous and thoughtful staff at St. Luke’s Nursing Home for the wonderful care they provided to Margaret.