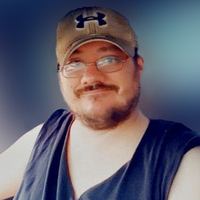 Troy was born January 7, 1986 in Minot, ND, the son of Randy Steven and Joanne (Hoff) Brown. He was raised and educated in Minot attending Jefferson Elementary School and Minot High School. Chealsey and Amber Hoffner; and Lindsey Brown were big influences in Troy’s early childhood.

Troy enjoyed tinkering with computers and was a self-taught computer repairman. He was employed at Kroll’s Diner, with his uncle Allan Hoff, as a cook and at Overhead Garage Door with his father, Randy Brown.

Troy was preceded in death by his maternal grandmother; Ruby Paige and great-grandmother Cora Wilcox.