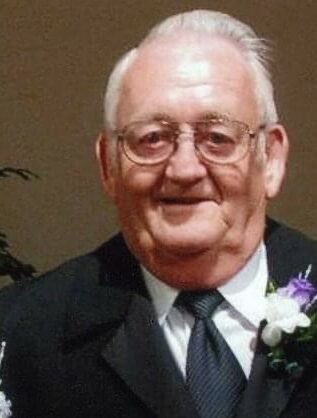 Posted at 14:24h
in Uncategorized
by staff

Armin E. Sayler, 84 died December 31, 2022. Armin was born on December 12, 1938, in Hebron, ND to Edwin and Anna Nagel Sayler. He was raised on a farm 10 miles east of Glen Ullin and moved to Hebron at the age of six, after his father died. Later his mother Anna and her children moved to Mandan, where he received his education. He joined the U.S. Army and served in the Korean conflict where many times he was recognized as soldier of the day.

Armin returned from military service and worked in Mandan eventually taking a job with the Northern Pacific Railroad, now BNSF, for 37 years. He retired as a hostler in 1999.

He married Mildred Pulkrabek on January 18, 1960, from this marriage one son, Jeffrey was born.

On April 30, 1988, Armin married Mary Ann Diede. They lived in Mandan and Brush Lake, where they operated the Pavillion, Mercer, Turtle Lake, and New Salem before moving to Bismarck. He spent his last days at Miller Point in Mandan, where he loved the food and putting together his jigsaw puzzles. The family is very thankful to Miller Pointe employees for their compassionate care.

Armin loved to hunt and was an excellent shot. He enjoyed fishing as well. He was a talented leather worker, bowler, and horseshoe player. Armin was also a Gideon distributing Bibles to all and faithfully attending church.

He is preceded in death by his parents Edwin and Anna Sayler and his brother Benjamin.

Services will be held at First Baptist Church in Bismarck at 10:30 a.m., on Tuesday January 17th. Cremation has taken place and a burial will follow the service at the Veteran’s cemetery in Mandan.