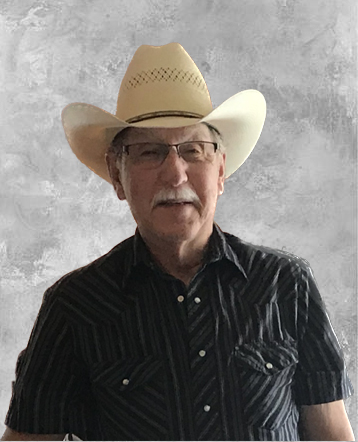 Posted at 16:39h
in Uncategorized
by staff

Harold Holtz, age 77, passed away with his wife, Bonnie, by his side on December 19, 2022. A celebration of life will take place on Saturday January 7th, at 12:00pm at the Warwick Lutheran Church, Warwick, ND. The service will be live streamed on the Bismarck Funeral Home Facebook page.

Harold Allen Holtz was born September 6th, 1945 in Devils Lake, ND to Bruno “Ben” and Edna (Dohmstreich) Holtz and was the youngest of 7 children. He grew up on the family farm 10 miles north of Warwick, ND. Harold attended a rural school that was located a mile from the farm for the first 7 grades. After that school closed, he attended grades 8 through 12 at Warwick and graduated with the Class of 1963. After graduation, he lived with his brother Paul and his family in Anaheim, CA for six months and worked various jobs. Harold then returned to Warwick to work on the family farm and back to someone special to him.

It was in the 8th grade that Harold met his future wife. She was in the 7th grade and they were the last two standing in a spelling bee….Harold won the contest, but they both began to win over each other’s hearts. Bonnie Christofferson and Harold were married September 20th, 1964 at the Warwick Lutheran Church. They lived and worked the farm for one year and then moved into Warwick. Harold began work at the Warwick Grain Elevator. Their first son, Chad, was born June 1st, 1967. The following year, Harold started working road construction building roads across the state. Their son, Brett, was born to them on November 15th, 1968. Harold began work on August 15, 1977 for the Falkirk Mining Company located near Washburn, ND. In October of that year, the Holtz family moved to Washburn. Harold worked at the mine until his retirement on July 1st, 2003. In January of 2004, Harold and Bonnie began spending the winters in Mesquite, NV and had a home there for a number of years. They moved to Bismarck in April of 2022.

Harold adored and was so proud of all his grandchildren. He loved being around them and cheering them on through all their endeavors and accomplishments. Harold loved to socialize! He could strike up a conversation with anyone and was truly interested in what they did. The hometown friends, the friends from work and the friends he made in his retirement were all very important and special to him. Harold loved to drive, he and Bonnie enjoyed countless trips together. Harold’s many interests included rodeos, golfing, hunting, trail riding on ATV’s, and he especially enjoyed the scenery of the desert mountains. Harold was happy to be a member of both the Warwick Lutheran Church and the Mesquite Lutheran Church where he had many Christian friends.

Harold is survived by his first and only love, Bonnie, their sons, Chad (Cara) of Blaine, MN and Brett (Stephanie) of Bismarck, his grandchildren Hannah, Mariah, Jacob, Julia, Kaja and Caden, his sister, Bertina Bye, of Tolna, sisters-in-law Arlene Holtz (Don) of New Rockford, Sandy (John) Barber of Devils Lake and Donna Christofferson (Gordy) of Warwick and Sunnie (Duane) Alm of Aberdeen, SD and many very special nieces and nephews.

The family requests in lieu of flowers, please donate to the American Cancer Society.