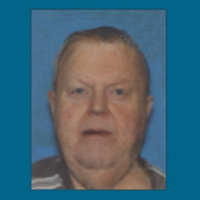 Larry was born December 10, 1943 to Cyrus and Annette (Lee) Ronnie in Minot, ND. He graduated from Minot High School in 1961. He was then drafted into the U.S. Army and served in Vietnam.

Larry worked for the Boeing Company for several years and the Minot Post Office as manager of postal operations until his retirement in 2003. In retirement Larry took up a position at the Souris Valley Golf Course. He could be found there often enough that most would say it was his second home.

He was once married to Judy Hambek, to this union a son Michael was born. He remarried Karen Dow in 1984 and gained a son James.

Larry was proud of the fact that both his grandparents: John and Bertha Lee and Christopher and Julia Ronnie were North Dakota Homesteaders.

Larry enjoyed golfing and socializing with friends at a local watering hole. He was known for his generosity towards others.

Larry was preceded in death by his parents, wife Karen, brother Richard and sister Diane Caley.