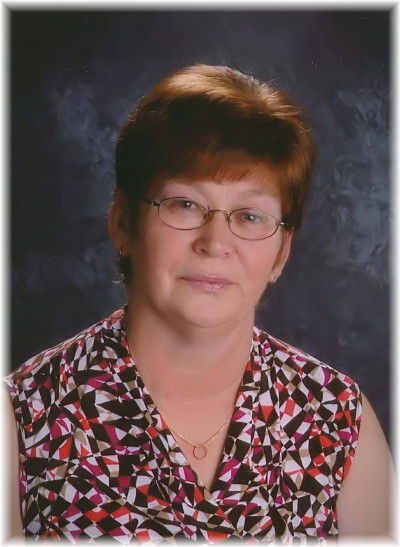 Marilyn Snow, 74, Dickinson, died on Wednesday, November 30, 2022 surrounded by her family at St. Luke’s Home, Dickinson. Marilyn’s Funeral Service will be at 10 a.m., Monday, December 5, 2022 at Ladbury Funeral Service, Dickinson with Pastor Ron Dazell officiating. Interment will take place at St. John the Baptist Catholic Cemetery, Beach. Visitation will be one hour prior to the service.

Marilyn Elaine Snow was born on February 2, 1948 in Beach, the daughter of Robert and Ramona (Odenbaugh) Snow. She was raised on a farm near Golva until the family moved to Beach when she was eight where she completed her education. While living on the farm she spent a lot of time with her favorite horse, Ginger.

Marilyn was united in marriage to Wayne Jenson on April 22, 1984 in Dickinson. She worked as a cook at the Ivanhoe Inn, Elks Club, Jefferson Elementary, and the Knights Columbus. She worked at a daycare and also had a home daycare as well. She had taught foreign exchange students “American Cooking” and they shared dishes from their countries as well. Marilyn also taught cake decorating and leather tooling classes for 4-H Clubs.

She belonged to the Homemakers Club, was a volunteer at St. Joe’s Hospital, judged local and regional cook-offs, and was a member of “Tears” support group. Marilyn enjoyed cooking, baking, gardening, growing flowers, photography, along with camping and fishing.

She was preceded in death by her parents; brother, Richard; infant son, Michael; great-grandson, LeLand and many aunts, uncles and cousins.