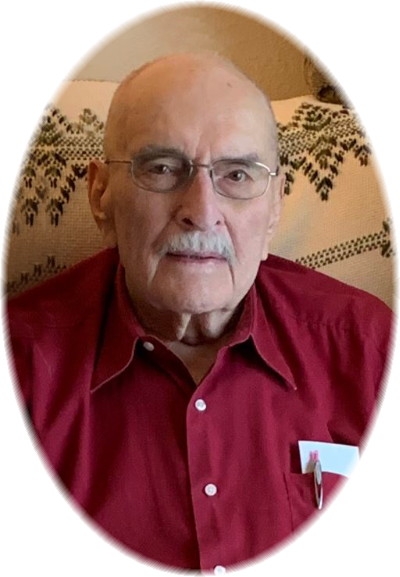 Leo F. Kurtz was born on November 12, 1927 in Lefor, the son of John B. and Anna A. (Heidecker) Kurtz. He was raised and educated in the Lefor area.

Leo was united in marriage to Rosemary Abfalder on September 21, 1953 in Hirschville at St. Phillip’s Church and to this union three children were born, Victoria, Wendy and Jolynn. On September 3, 1954 he began his career with the railroad. He went on to work for NP Railroad, BNRR and Amtrack for 36 years, retiring in 1990 as a conductor.

They wintered in Arizona for 16 years and following a couple of moves they made their home at Benedict Court in 2016. He was extremely independent and stubborn with a quick witted sense of humor. Leo enjoyed listening to old time music, spending time with his grandchildren and great-grandchildren and having coffee with his friends.

He was preceded in death by his parents, John and Anna; siblings, Rose Arbuckle, John N. Kurtz and James Kurtz.

In lieu of flowers, memorials are preferred to a charity of your choice.