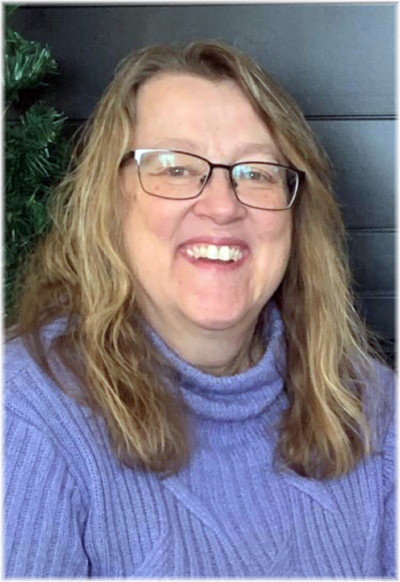 Gae Lynn Zentner, 61, formerly of Richardton, died on Monday, November 28, 2022 at Sanford Health, Bismarck. Gae’s Mass of Christian Burial will be at 9:30 a.m. MT, Friday, December 2, 2022 at St. Mary’s Catholic Church, Richardton with Fr. Thomas Wordekemper, OSB as celebrant. Inurnment will take place at a later date. Visitation will be from 5 p.m. to 6 p.m. CT on Thursday at Bismarck Funeral Home, Bismarck with a vigil at 6 p.m. CT with Deacon Michael Marback presiding. Visitation will continue one hour prior to the Mass on Friday.

Gae Lynn Bartz was born November 3, 1961 in Dickinson, the daughter of Robert and Marilyn (Melby) Bartz. She was raised in Hettinger and graduated from Dickinson High School.

Gae Lynn Zentner first discovered her love for teaching and theater at Dickinson State University. It was also where she met her lifelong love and partner Dennis Zentner. They were united in marriage at Sacred Heart Catholic Church in Reeder, North Dakota on April 16, 1982.

After graduating from Dickinson State University, Gae spent the next four years teaching English and journalism at New England St. Mary’s. The couple then moved to Washburn and for the following thirteen years, Gae dedicated her life to her husband and children. In 1999, the family moved back to Richardton, where Gae taught English and speech, directed theater and coached speech and student congress for the next twenty-three years. During her time at Richardton, she directed several state one act play championships and coached several state speech champions. She received numerous state coaching and state directing awards. In September of 2022, she was inducted into the Communication Speech and Theatre Association of North Dakota Hall of Fame. Gae retired from her teaching career in May. In October of 2022, Dennis and Gae moved to Bismarck to be closer to their children and grandchildren.

Gae’s passions in life were spending time with family and friends, directing theater productions, making her mother’s pies for all the holidays, playing lakeside rummy, and watching Hallmark movies.

Welcoming her to heaven were her infant son, Christopher Zentner; her parents Robert and Marilyn Bartz; her father-in-law, Frank Zentner; and her brothers-in-law, Keith Anderson and Guy Wilz.