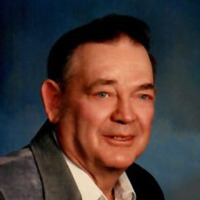 A Funeral Service will be held at 2:00 PM on Wednesday, November 23, 2022, at the First United Church of Christ- Congregational, Garrison. Burial to follow at St. Nicholas Cemetery.

Delmar was born to Noah and Hazel (Lareu) Fliginger on March 7, 1927, in rural Garrison. Where we grew up and attended school. Being one of 10 children, he enjoyed his time hunting with his brothers.

Delmar spent his working career in construction as a member of the local #49 IUOE. He worked many jobs across the states and helped with building the Air Base in Minot, many power plants in N.D., and building many roads and highways. He was well-respected and had many friends in the construction industry. His love of mechanics and ability to fix about anything kept him busy once he retired. He was always willing to help others. He served in the United States Army for two years.

Delmar married Jeannette Kupietz in August of 1954, in that union they had six children. After Jeannette passed, he married Margaret on July 20, 1984, where he gained five more children, that he treated like his own. He loved his family and will be remembered for his quick wit and sense of humor. He was a frugal man, breaking down boxes to cut down the overhead. A trait that was passed down to his children. He was known for saying “91- We had fun, 92- We are through, 93-We are free, 94- Ain’t no more, 95- Still alive”. Delmar will be very missed by his family.