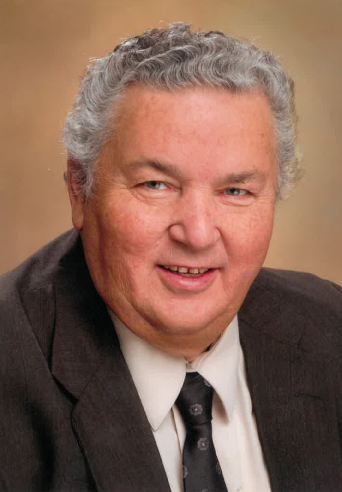 Posted at 21:45h
in Uncategorized
by staff

James “Jim” Schmidt, passed away peacefully surrounded by family as he went home to be with his Lord and Savior.  Mass of Christian Burial will be on Tuesday, November 22, 2022, at 10:00 a.m. at the Church of Corpus Christi.  For those not attending, the service will be live streamed by going to the Church of Corpus Christi website.  Visitation will be on Monday, from 5:00 p.m. until 7:00 p.m. at the Bismarck Funeral Home with a Vigil service at 7:00 p.m.  Burial will be at the North Dakota Veterans Cemetery, Mandan.

James was the fourth child and first son born into a family of sixteen children.  Jim enlisted in the US Navy in 1967 and was stationed in Hawaii, Vietnam, and South Carolina.  During his service with the military, Jim served in Vietnam in 1967 and 1968.

Jim and Joyce, who were best friends, fell in love and on his return from Vietnam were married on December 21, 1968.   They had three sons, Randy, Jeremy, and Jason and were blessed with eleven grandchildren.  A big holiday get together was the 4th of July. Jim always looked forward to the family gathering especially getting to see the grandchildren.

Jim was greatly influenced and mentored by Father Fahnlander, Paul Blanchette (life mentor), Hollis Dietz (Highway Patrolman) who lived the life of servitude, and his Father-in-law Raymond Fasching.  With the military and his work, he traveled and lived in several locations in the United States.   During his careers in the oil and gas industry, insurance sales, and operating his own business he was always willing to accept a challenge.

Jim loved the outdoors.  He was an avid hunter who enjoyed fishing, camping, boating, motorcycles, ATV’s/SUV‘s, and a supporter of the Veterans.  He especially enjoyed fishing and hunting with the family in the Wyoming Big Horns and Colorado Mountains.  He was an avid movie watcher – especially westerns – and knew many of the actors both by their character and real-life names, making him a good Trivia partner.

Jim had a good sense of humor, made up his own songs, liked to joke around, and especially tease his grandchildren.  He gave each grandchild a nickname at birth.  Most are still known or called by that name yet.

Jim retired but never from faith, family, fun, or catching up with friends.   We will miss him dearly.

Jim is preceded in death by his parents Philip, Magdalena, sisters Elizabeth and Mary, and Father and Mother-in-law Raymond and Edith.

The Family wishes to thank everyone for their kindness and consideration during this difficult time.  Your thoughts and prayers are appreciated and will never be forgotten.