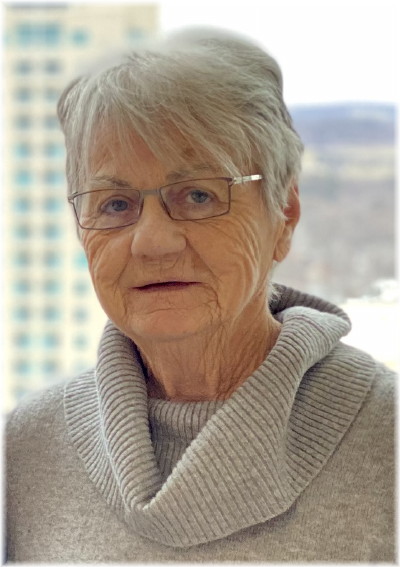 On Friday, November 11, 2022, Shirley Ann Kleinwaechter, 79, passed away peacefully at Sanford Health, Bismarck. Shirley’s Mass of Christian Burial will be at 2 p.m., Friday, November 18, 2022 at St. Patrick’s Catholic Church, Dickinson, with Fr. William Ruelle, as the celebrant. Entombment will take place at the Dickinson Mausoleum. Visitation will be on Thursday from 5 p.m. to 7 p.m. at Ladbury Funeral Service, Dickinson with a rosary and vigil at 7 p.m. with Deacon Bob Zent presiding. Visitation will continue one hour prior to the service at the church on Friday.

Shirley Lindemann was born in Mott on July 30, 1943, to Phillip and Elizabeth Lindemann. She lived in Mott until she met the love of her life, Herbert Kleinwaechter.

Herbert and Shirley were united in marriage on June 17, 1966. From this union six children were born. Throughout the years, she stayed home to take care of their children. Eventually, when two of her sons became the owners of East End Auto, she took on a new role as bookkeeper. Shirley loved this job and took great pride in her work up until her death. Everyone at the shop appreciated her soft-spoken voice and motherly presence.

Throughout the years Shirley had many health issues which she handled with grace and dignity. Never one to complain about her ailments, she faced each new health challenge with a resilience and determination to stay active. Shirley refused to be defined by her illnesses. She was a wonderful cook and baker, seamstress and knitter, a great dancer of polkas and waltzes, gardener and flower lover, and later in life, developed a strong love for her morning lattes. She was always the first to lend a helping hand and was a firm believer in doing things right or not doing them at all.

Being married to Herbert meant she had to love vintage cars as much as she loved her husband. They could be frequently seen together cruising about town in one of Herb’s ever-changing classic cars, but especially his canary yellow 1950 Ford F1.

Her children, grandchildren, and great grandchildren brought her tremendous joy, and she was incredibly proud of each one. She will be remembered by each of them for her generous nature and welcoming spirit.

She was preceded in death by her husband, parents, and Herbert Jr., who was stillborn.

In the words of one of her friends and former neighbors, Deb Thompson, “Whether you knew her or not, before you close your eyes tonight, say a little prayer for Shirley Kleinwaechter, the sweetest woman who ever drew breath.”