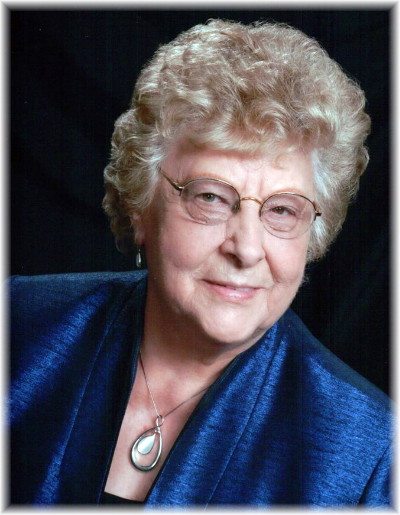 Lorene Libis, 92, Dickinson, died on Tuesday, November 1, 2022 with family by her side at CHI St. Alexius Dickinson. Lorene’s Funeral Service will be at 10:30 a.m. MT, Monday, November 7, 2022 at St. John Evangelical Lutheran Church, Dickinson with Rev. Lisa Lewton officiating. Inurnment will take place at the North Dakota Veterans Cemetery, Mandan. Visitation will be one hour prior to the service at the church on Monday.

Lorene Ethel Christman was born September 25, 1930, to Jacob and Lydia (Junker) Christman on a farm near Hillsview, SD. Lorene attended country school (Jackson School District) until 1945, when her family took residence in Eureka, SD. She graduated from Eureka High School in 1948.

While living in Eureka, Lorene met her future husband, Floyd Libis. Floyd and Lorene were married on September 18, 1950, in Aberdeen, SD. They lived on Floyd’s parent’s farm until he was inducted into the U.S. Army in March of 1951, serving during the Korean Conflict.

Lorene began employment at Northwestern Bell until 1957. She was then employed by the Northwest Blade for 21 ½ years. She also assisted Floyd, manager of P.V. Lumber Co. and Eureka Building Supplies, as Secretary and in business sales.

Active in Eureka community and civic activities, Lorene was a member of Zion Lutheran Church, choir and served as Church Secretary. She was an active member of American Legion Auxiliary, VFW, and Hospital Auxiliary serving on various offices and committees. She enjoyed attending her children and grandchildren’s activities.

Lorene loved cooking, baking, and listening to gospel and old-time music. She will be remembered for her strong Christian faith and love of her family. She especially enjoyed time spent with her grandchildren and great-grandchildren.