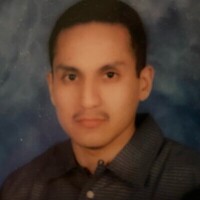 To stream a recording of the service (available on 11/13) access: https://www.mtmsales.net/thomas

Alex was born May 2, 1974, in Queens, NY to Jaime and Mariana (Palacios) Sandoval. During his youth he moved with his family to Los Angeles, CA where he attended school.

Alex enjoyed more than twenty years of companionship and love with Deserie Areola. They met in Los Angeles and were blessed with the birth of two sons, Alex Jr. and Richard.

In California, Alex worked different jobs including working for the Coca Cola Company as a forklift operator. While in Minot he worked for Continental Metal Products as a recycling associate until his health forced him to retire.

Alex was a lifelong and faithful fan of the New York Giants. He enjoyed watching the Game of Thrones and reading the book that inspired the tv series House of the Dragon if not occupied by a good garage sale or trip to the casino. Yet, everything took a backseat to time spent with his grandson, Richard Jr.

Mass Of Christian Burial: 11:00 a.m. Saturday, November 12, 2022 at Our Lady of Grace Catholic Church, Minot. To view a recording of the service (available 11/13) access: https://www.mtmsales.net/thomas
Visitation will be held one hour prior to the service in the church.