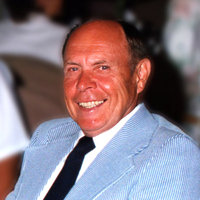 A memorial service will be held at 11:30 a.m., Wednesday Oct 12 at Parkway Funeral Services, 2330 Tyler Parkway. Visitation will be held one-hour prior to the service.

Allen’s parents, Henry and Christina (Liebelt) Scherer were living on a farm in the New Salem area where Allen was born on July 17, 1927. The family moved to several farms before settling on a farm south of Hazen. Allen worked on the family farm until starting to farm on his own. He was drafted to serve in the U.S. Army from 1951 to 1953. After basic training in Fort Leonardwood, MO, he was stationed in Fort Belvoir, Virginia, where he successfully completed the Tractor – Scraper Operations Course. Allen served his time in Korea, working on constructing new roads. After his discharge, he returned to Hazen.

Allen married the love of his life, Bernice Weigum, at Peace Lutheran Church in Hazen. This past June 30th, they celebrated their 69th wedding anniversary. Allen and Bernice were inseparable. Together they planned their future and with Gods help working together to make their dreams and hopes come true.

Allen attended State School of Science in Wahpeton. After completing a two-year electrical trade course, Allen and Bernice moved to St. Paul, MN, where Allen began a 31-year career with 3M as an electrician and process planner for the engineering departments. He retired in 1986.

In 1992, Allen and Bernice moved to a retirement area in Sun City West, AZ. For the past 22 years they have called Touchmark in Bismarck their home.

Allen enjoyed many hobbies. His parents ordered a guitar from a mail order catalog for his 16th birthday. He learned to play the guitar and began singing and writing songs and at one time having memorized over seventy songs. He liked gardening, both vegetables and flowers of every kind, woodworking, wine making, and photography. He started golfing after retirement. Allen belonged to a Health & Fitness Club wherever he lived. Allen was also a world traveler and along with Bernice was able to visit the entire U.S. and 72 countries. He was a member of 3M’s Armchair Travels, presenting slide shows to many organizations, assisted living, and nursing homes in the Twin Cities area.

Allen was honored to be a godfather to seven godchildren and very proud to be an uncle to sixteen nephews and eight nieces, as well as great and great-great uncle to many.