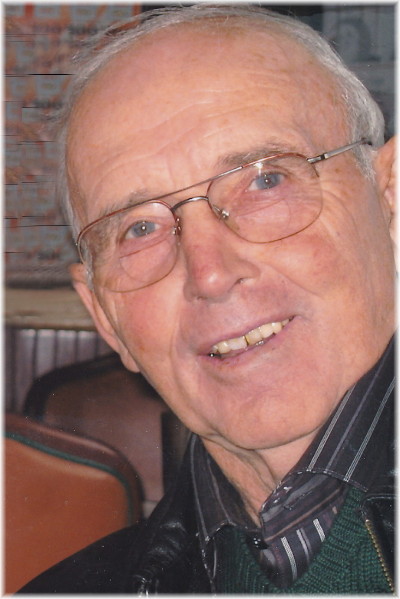 Donald G. Lutz, 90. Dickinson, formerly of Hettinger County, died on Thursday, October 6, 2022 at his home. There will be a Gathering of Family and Friends from 5 p.m. to 7 p.m. on Monday, October 10, 2022 at Ladbury Funeral Service, Dickinson with a prayer service at 7 p.m. with Pastor Lisa Lewton officiating. Private family burial will take place at the North Dakota Veterans Cemetery, Mandan with Military Honors provide by the Leathernecks.

Donald was born on July 17, 1932 on the family farm near Havelock in Hettinger County, the son of Edward and Nora (Ullevig) Lutz. He was raised and educated in the Havelock area.

Donald joined the United States Army and served honorably from November 19, 1952 to September 24, 1954, having received a purple heart.

He was united in marriage to Darlene Korang on June 16, 1955 in Pierre, SD. They spent their life on the family farm where they farmed and ranched and raised their family. They retired and made their move to Dickinson in 2004.

He was preceded in death by his parents; siblings, Lorraine (Rommel) Freitag, Evonne (Morris) Zahn and Harold Lutz.