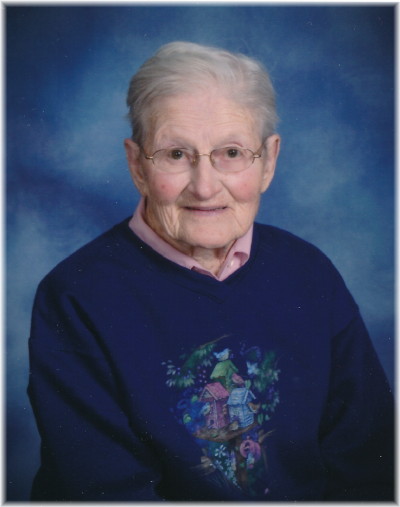 Johanna Anna (Huschka) Berger, 91, passed away peacefully on Friday, October 7, 2022. Johanna’s Mass of Christian Burial will be at 10 a.m., Wednesday, October 12, 2022 at St. Wenceslaus Catholic Church, Dickinson with Fr. Robert Shea as celebrant. Inurnment will take place at St. Wenceslaus Cemetery, Dickinson. Visitation will be from 4 p.m. to 6 p.m. on Tuesday with a rosary and vigil at 6 p.m. at Ladbury Funeral Service, Dickinson with Deacon Bob Stockert presiding.

Johanna was born on December 18, 1930, southwest of South Heart, the daughter of Anton and Philipina (Wanner) Huschka. She was raised on the family farm and attended school in the Zenith and South Heart area.

Johanna married Eugene “Gene” Berger on November 7, 1951 in Richardton. They farmed north of Richardton until 1961 and then moved to MN before making their permanent home in Dickinson. From this marriage, they raised their children: Duane, Mary, Annette, and Eileen.

Johanna was a hard worker her entire life: working on the farm (milking cows, planting a garden, butchering and making sausage, and making lye soap), maintaining a home (sewing endless projects, making many homemade noodle dishes, and baking bread), and raising her children (nourishing a home of faith and strong Christian values).

Johanna also enjoyed life. She was the parent who played softball and basketball with her children. She was the one who ice-skated, tobogganed down a snowy hill, and water-skied with her children. And her greatest enjoyment; especially during retirement, was the 35 plus years spent at the lake home at Lake Tschida. It was here that she enjoyed fishing and relaxing by the water.

Johanna was preceded in death by her parents; her husband, Gene (April 6, 1999); brothers, Joe and Leo; and sisters, Kathrina (infant), MaryAnn, Magdalene, and Rose.