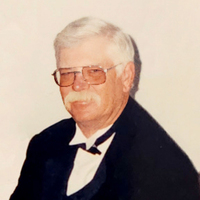 Bruce was born on June 9, 1949, in Bismarck to Gerald DuWayne and MaryAnn (Stein) Nelson.  He was raised in Driscoll and graduated from Driscoll High School in 1967. Following graduation, he worked in construction until he went on to own and operate the OK Bar.  On July 31, 1973, he married Joyce Taszarek. Bruce started ranching near Driscoll in the mid 1970’s and continued to do so until his retirement in 2009. He and Joyce raised their four children there.

Fishing was a passion for Bruce.  Whether it was in a boat or on the ice, he found it exciting and peaceful. He and his son Ryan shared that love and would often fish together and invite other friends and family to join them.  Bruce also had a competitive spirit, whether it was placing fun bets during fishing, a pinochle game or a game of pool. He always enjoyed friendly competition with others!

He cherished the time spent with his family, especially his grandchildren.

He was preceded in death by his parents and step-father, Lloyd Quale.