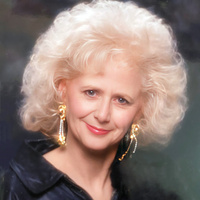 Yvonne, or “Darlene” as she was most commonly known in earlier times, was born in Bismarck, North Dakota, on January 27, 1937, to Loren and Eunice Anderson.  She died at Missouri Slope Lutheran Care Center on September 22, 2022.

There will be no funeral or burial services; and in lieu of gifts or flowers, friends and relatives are asked to please give donations to their own favorite charities.

Having grown up in Bismarck, Darlene graduated from Bismarck High School, then went on to attend the University of Minnesota where she became a member of the Alpha Chi Omega Sorority.

In 1956, Darlene married Francis R. (Frank) Schneider, and to this marriage was born their son, Kevin Todd Schneider.

While living in Bismarck, Darlene was employed with Soo Line Railroad, the United Power Association, in the Office of Senator Milton R. Young, and most recently in the Office of Governor John Hoeven. These were all employers for whom she was very proud to have served as a top-notch secretary.  But possibly her favorite position was when she worked as a Fragrance Model for the luxury retail store Nieman-Marcus in Aurora, Colorado. When she lived in California and Colorado, and before returning to Bismarck, Darlene chose to use her given name of Yvonne Darlene Anderson.

Yvonne, along with her mother Eunice Anderson, was active in Republican Women’s activities in Bismarck. She and her mother enjoyed many social gatherings that gave them opportunities to “dress to the nines” and enjoy the company of their many friends and acquaintances.  She definitely enjoyed the finer things in life.

Among many favorite things, Yvonne loved the color pink, enjoyed good white wine, and doted on her beloved pets Angel and Joy.  Yvonne was extremely proud of her only child, her son, Kevin Schneider. Kevin was blessed with a natural talent in electronics, obvious even as a child; and also in computer technology when that came along, a source of pride for his mother.  Her pride in Kevin continued throughout her life.

Yvonne was a keeper of family treasures and heirlooms, including many very old and precious photographs of her ancestors.  She also cherished smaller items that she kept displayed in curios, away from dust and curious hands. A collector of dolls, old and new, she was in later years a member of a local doll club and enjoyed attending meetings at which she could share some of her treasured dolls with others.

There were few with whom Yvonne felt very close.  She retained lifelong close relationships with Dianne Taix and Linda Schneider-Zent, her sisters-in-law from her first marriage and aunts to her son Kevin.  And she had special friendships with sorority sister Diane Peterson, and with Eileen Wehri, whom she met while working with Governor Hoeven’s office.

Preceding her in death were her parents, Loren and Eunice Anderson, and her dear Aunt Julia Carlson.

She is survived by her son, Kevin Schneider; and her two brothers, Jarvis Anderson and DuWayne Anderson, and their families.