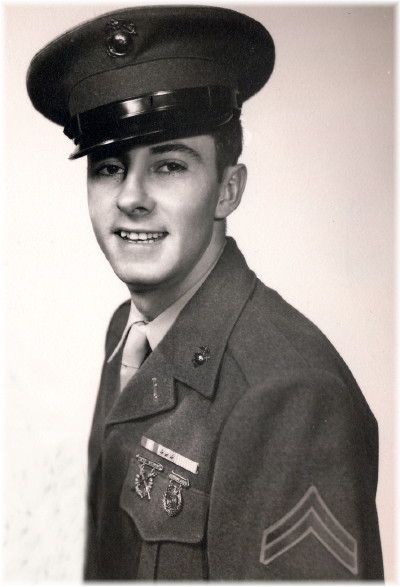 O’Leary “Leary” G. Dugan, 89, formerly of Towner, ND passed away peacefully on September 20, 2022 at the Rolette Community Care Center in Rolette, ND. As per his wishes, a cremation has taken place and no services will be held.

Leary was born September 7, 1933 on the Dugan family ranch, rural Towner, to Austin and Mabel (Oberdier) Dugan. Leary married Roberta Roberts on July 20, 1955, and together they had four children.

Leary enlisted in the U.S. Marine Corps in 1950. Shortly thereafter he won an all expense paid trip to Korea where he spent three cold winters. While in the Marines, Leary was also stationed at Mare Island, CA and Pocatello, ID.

After Leary’s enlistment ended, he returned to North Dakota and was employed by Cardinal Drilling Company, headquartered out of Billings, MT. He worked on Cardinal Rig #1, starting at the bottom and working his way up to Tool Pusher/Foreman. His career took him to the oilfields of North Dakota, Saskatchewan, Montana, and Wyoming. Leary retired from Cardinal Drilling after 41 years, followed by a few consulting jobs both in the region and also as far away as New Mexico. He retired to a ranch he and Roberta purchased in rural Towner a few miles from his birthplace.

The oil rig locations were almost always in austere and desolate locations where he would spend days to weeks at a time without breaks. Leary worked hard in a dirty, dangerous, and physically demanding profession, yet he never complained. The quickest way to get his children to scatter to the wind was for Leary to ask, “Who wants to go to the rig with me today?!”

Leary was an avid game hunter. He hunted elk, moose, bear, buffalo, deer and birds. His son, Tom was his frequent hunting partner in the mountains of Montana and Wyoming. Leary also enjoyed fishing and snowmobiling. He was the quintessential outdoorsman. He enjoyed both kinds of music:  Country and Western, with Ray Price being his favorite singer.

He was preceded in death by his wife of 62 years, Roberta; his parents, Austin and Mabel; sister, Lucille; brothers, Patrick and James; granddaughter, Maureen and great-grandson, Gatsby.