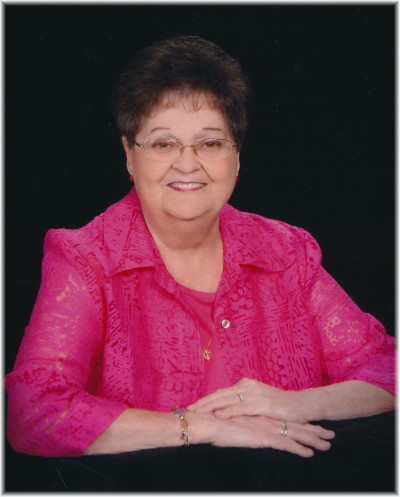 Shirley Privratsky, 86, Dickinson, died on Wednesday, September 14, 2022 at St. Luke’s Home, Dickinson. Shirley’s Mass of Christian Burial will be at 10 a.m., Monday, September 19, 2022 at Queen of Peace Catholic Church, Dickinson with Msgr. Thomas Richter as celebrant. Interment will take place at Killdeer Cemetery. Visitation will be on Sunday from 3 p.m. to 4 p.m. at Ladbury Funeral Service, Dickinson with a rosary and vigil at 4 p.m. with Deacon Leonard Krebs presiding.

Shirley Boespflug was born on July 10, 1936 in Dickinson, the daughter of Matt and Betty (Roshau) Boespflug. She was raised in Killdeer, attended Killdeer Public School and graduated in 1954. Following graduation she worked at the bank, the drugstore, and the Cenex store in Killdeer, prior to her marriage.

Shirley was united in marriage to Adam Privratsky on April 11, 1956 at St. Joseph’s Catholic Church, Killdeer. She lived most of her life in Killdeer where they raised their family. They then spent four years in Bozeman, MT and nine years in Winterset, Iowa where Adam was a mail carrier. Following retirement they moved back to North Dakota making their home in Dickinson.

She was a member of St. Joseph’s Catholic Church, Altar Society and the American Legion Auxiliary. Shirley was a past member of the homemaker club and many school organizations.

She enjoyed crafts, cross stitch, reading, cooking, baking, and quilting. Shirley enjoyed her many friends and several pen pals that she had written to since she was a teenager. Her greatest treasures in life were her family and grandchildren.

She was preceded in death by her husband, Adam, on January 10, 2013; her parents; her brother, Richard (Esther) Boespflug; and niece, Darry Powers.

In lieu of flowers, memorials are preferred to St. Luke’s Home.