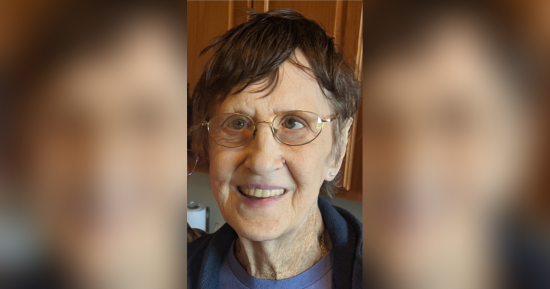 Diane Schulz, 75, Bismarck, sadly but peacefully passed away Sunday, September 11, 2022, at Sanford Medical Center in Bismarck, ND. A Funeral Service will be held at Trinity Lutheran Church, Bismarck, at 10:30 AM on Monday, September 26, 2022, with Rev. Lee Herberg as officiant. Burial will be at Mandan Union Cemetery.

Visitation will be held one hour prior to the service on Monday at the church.

Diane Ranae Falk was born on April 14, 1947, at Trinity Hospital in Jamestown, ND, to Peter J. Falk and Elsie L. (Franz) Falk. She was raised and worked on the family farm by Courtney, ND, with her sister, LaVerne, and her brother, Darwin.

Diane later having left the farm met and later married, Patrick O’Toole, on May 3, 1969. Shortly after getting married, Diane, became a mother for the first time to a daughter, JoAnn, that same year.  After a period of living in and around Jamestown and living briefly in Indianapolis, Indiana, they moved back to North Dakota and lived in Grand Forks for eight years. They then moved to Bismarck in 1977, and only after a few short months of getting settled in and adjusting to a new town and place, she gave birth to another daughter, Jennifer.

Diane, through the years, held various jobs but eventually became a CNA and continued to work as one for many years. She said she loved the comfort and care she was able to give to others she cared for. She enjoyed playing bingo and really loved going to the casinos and she especially enjoyed her word find books. Diane would sit quietly for hours with her radio on. She loved getting and collecting any and all things to do with Mickey Mouse.  She also had a strange fondness with anything with cows on it as well.  The family always knew if looking for a gift idea for her, a sure bet would be one of these. Diane so loved her pets. Her latest cat, Smokey, was her friend, companion, and at times her healer. She took great comfort while she was in the hospital knowing he was being looked after and loved by her daughter, and that he would continue to be. Diane so loved and laughed at the stories shared with her of how Smokey was adjusting to his new home and his antics of how he was acting. He was not the only pet Diane had through the years. Diane also had two other cats, Misty and Rachel, and her dog, Cody, her baby whom she missed dearly when he passed. It was after losing him, then Rachel, that her husband, came home with Smokey as a surprise to help cheer her up.

After being divorced for a while, Diane met and later married David Schulz.  It was their passion for the casinos that they were married in Deadwood, SD, on May 7, 1995. She so loved spending the day with David out at Prairie Knights doing something together they both enjoyed.  Diane, not being much of a food person or never really liking to eat much, did like her steak when she went out to eat. Diane had her own idea of other things to eat. Diane at times would indulge on kicks of certain things, for a period of time, like just eating bags of oranges, or just eating jars of pickles, or just eating a bag of chips and salsa with her can of Coke. Diane always loved her sliced tangy summer sausage and cheese. She would sit and eat this all the time.  Diane loved her grilled cheese or egg salad sandwich with tomato soup, but her all-time favorite, no matter the time of day, was her bowl of Cream of Wheat.

Diane enjoyed spending time with her family. She always looked forward to the birthday suppers and family holiday get togethers. Diane loved just being able to be there, mixed in all the conversations going on, doing her best, for being hard of hearing, to keep up with what was being said and you could always count on the occasional “what” and know it would have to be repeated.

Diane is preceded in death by her parents; daughter, Jennifer (O’Toole) Rooker; aunts; and uncles.

Go to www.weigelfuneral.com to read the full obituary, watch the livestream, sign the guestbook and share memories with her family.