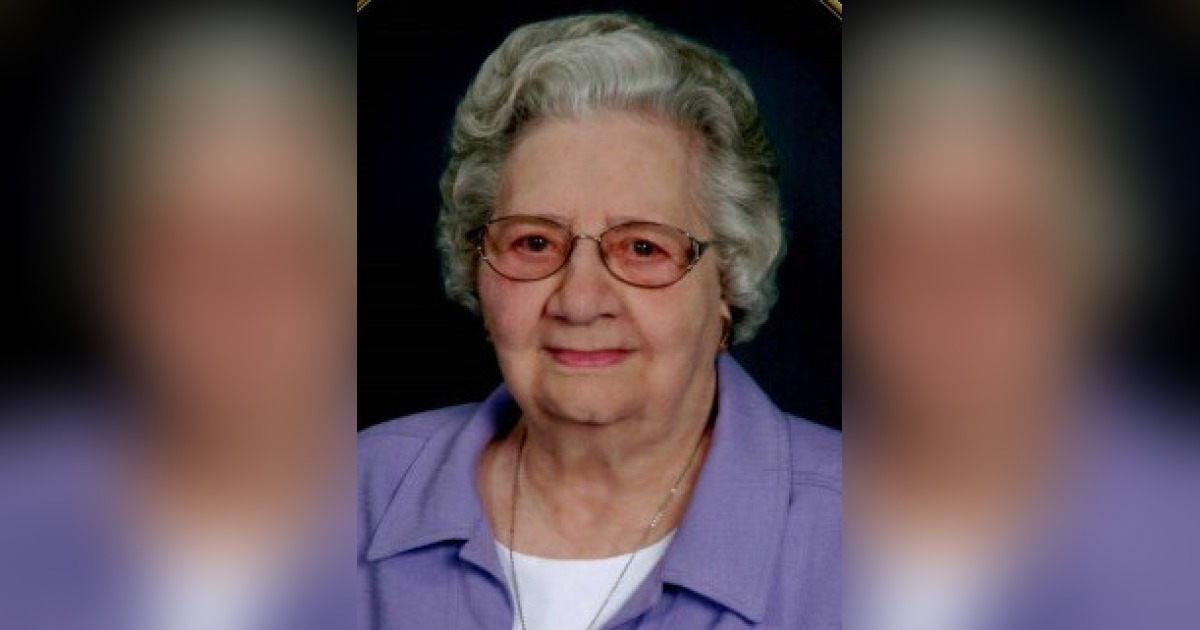 Marion Reinke, 97, Mandan, formerly of Center, passed away Tuesday, September 6, 2022, at CHI St. Alexius in Bismarck. Funeral services will be held on Tuesday, September 13 at 10:30 AM at Shepard of the Valley Lutheran Church in Bismarck. Burial will be at 1:00 PM at the North Dakota Veterans Cemetery. Visitation will be held on Monday, September 12 from 5-7 PM at Buehler-Larson Funeral Home in Mandan. Visitation will continue one hour prior to the funeral on Tuesday.

Marion was born August 9, 1925, on the family farm in Hannover to Eli and Mary (Plenge) Henke. The youngest of twelve children, Marion went to country school through the 8th grade. She was baptized and confirmed at St. Peter’s Lutheran Church in Hannover. On November 25, 1947, Marion married the love of her life, Ervin Reinke, in Hannover. The couple moved to Fairmont, MN where she worked as a beautician before they returned back and took over a farm south of Center. This is where they raised their five children and made their home until Ervin’s passing in 1985. Marion continued to live in Center, but never remarried because “they just don’t make men like him.” For a short period Marion moved to Carson City, NV to be with her ailing daughter, Adele, until her passing and then moved to Bismarck, ND.

Marion was the family cook. She was always the host for special family holidays and her famous Sunday meals. Nobody could make a homemade meal like Marion. She enjoyed these special times with family so much. She also enjoyed traveling with her daughter, Adele, and they made many trips around the world together. Marion was an avid and skilled card player. She especially loved playing cribbage, pinochle and rummy, which usually ended with her playing the winning hand. She spent countless hours teaching her grandkids and great grandkids how to play different games and cherished the conversations that were had while playing cards. She enjoyed watching sports, including the many sporting events of her grandchildren, and was a loyal Oakland Raiders fan. She was a faithful member to any Church she joined and was involved in Church Choir, LWML and the American Legion Auxiliary, where she served as an officer and State President.

Marion was preceded in death by her parents, brothers and sisters, husband, Ervin, sons, James and Michael,  and her daughter, Adele.

Marion was the epitome of strength, dignity, kindness, loyalty and love. She will be greatly missed by everyone who knew her.