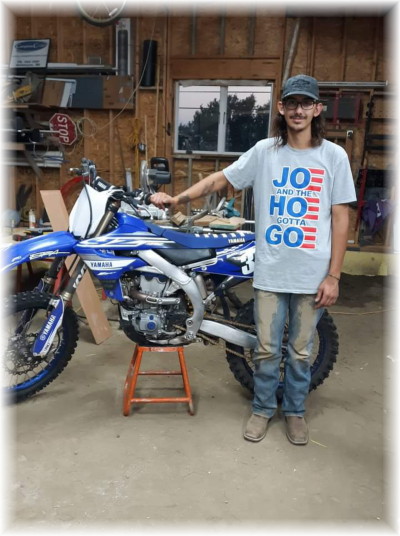 Dylan James Berger, 22, died on Sunday, September 4, 2022 at Sanford Medical Center, Bismarck, from injuries sustained in a motor vehicle accident. There will be a Liturgy of Word Service for Dylan at 1 p.m., Thursday, September 15, 2022 at Ladbury Funeral Service, Dickinson with Deacon Bob Zent presiding. Inurnment will take place at St. Patrick’s Cemetery, Dickinson.

Dylan James Berger was born on February 8, 2000 in Dickinson, the son of Kelly Berger and Lynelle (Schatz) Berger. He was raised and educated in Dickinson, having graduated from DHS in 2018. He worked at Pizza Hut throughout high school and later worked for Dakota Diner. He most recently was employed at Midwest Doors.

He loved to ride his dirt bike, skate boarding, fishing and camping, and getting tattoos. Dylan was a “gamer” and enjoyed spending time with his friends. He loved animals, especially his dog.

He was preceded in death by his grandpas, Leo Schatz & Kenneth Berger.