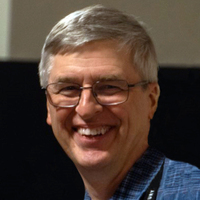 The service livestream will be available for viewing on Century Baptist Church’s website: https://centurybaptist.org/watch

David was born January 4, 1961 in Quincy, MA to Leonard and Joan Gallagher. He grew up in a Christian home and became a follower of Jesus at a very young age during a family time of reading scripture. It was Luke 15, the parable of the lost sheep, that spoke to David and he realized he was a lost sheep in need of a shepherd.

After high school graduation he attended Prairie Bible Institute in Alberta, Canada. While at Prairie he was given the opportunity to spend three months in Liberia, West Africa. After college graduation he joined a mission organization that required him to spend time in NYC that led to a two-and-a-half-year internship in Queens, NYC. Following his internship, he was an Associate Pastor in Passaic, NJ for two years. He then later joined another mission agency where he met his wife, Angela, who was heading to an east Asian country. Their friendship developed into a romance and they were married on August 26, 1989 at the Grace Church in Clifton, NJ.

David took a pastorate in Jersey City, NJ and it was there that their two sons were born, Ben and Jon. Four years later, he moved his family to Wisconsin where he would attend seminary. He worked in security for a pharmaceutical company while attending school and later he finished his M.Div. through Liberty University.

David pastored Martin Baptist Church for eight years in Martin, ND. While serving in Martin, he became an EMT and served on the Harvey Ambulance Service and Community Ambulance in Minot. He was thrilled to be a part of serving his community as an EMT. From there he was offered an opportunity to be part of a team at Century Baptist Church in Bismarck, ND as the Pastor of Care. He served at Century for six-and-half years before he lost his battle to cancer.

David loved camping (‘glamping’ as he called it). He and Angela spent as much time as possible exploring ND and SD. Dave was an avid reader and enjoyed tinkering in his garage. He loved his job at Century Baptist Church, working with the team to make disciples of Jesus. David truly embodied the values of the Century team by loving people incredibly well, bringing his best every day, being FOR people, and faithfully owning his role. He was a student of the Scriptures and extremely dedicated to a deeper discovery and teaching of the truth of God’s Word. His passion was to raise up the church to provide Christlike care for one another, and Dave led by example. David truly modeled Christ to the world; always giving the glory to God.

David was preceded in death by his mother, Joan Gallagher.

He is survived by his wife, Angela of 33 years; his sons, Ben and Jon; father, Leonard; brother, Tom (Debbie); sister, Lorraine (Corey); brother, Doug (Kathy); sister, Jennifer (Mike), and sister, Judith. He has six nieces and one nephew.

David will be forever in the hearts of his family.