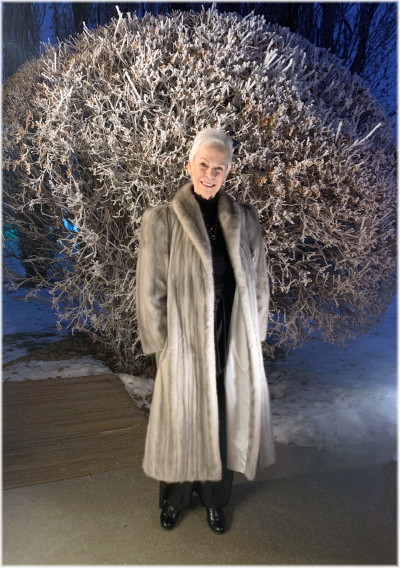 Ashley (Lucinda) Marie Nelson, 65, Dickinson, passed away on Wednesday, August 24, 2022 at CHI St. Alexius Bismarck. There will be a Gathering of Family & Friends for Ashley from 6 p.m. to 7 p.m., Monday, August 29, 2022 at Ladbury Funeral Service, Dickinson with a Time of Sharing Stories and Memories at 7 p.m. Entombment will be at the Dickinson Mausoleum at a later date.

Ashley was born at St. Joseph’s Hospital in Dickinson, to Fred and Agnes Faiman on November 13, 1956. She graduated from Dickinson High School in 1975. In her early 20’s she moved to St. Paul, MN to attend the Professional Business Institute.

Her father’s funeral brought her back to Dickinson. She was reunited with old friends, and soon after married Dale Nelson in the year 2000. Dale owned Nelson’s Jewelry and the two of them would often work together until Dale’s retirement this year.

Ashley was a very unique individual. She had an amazing flair for dress, hair, makeup, and jewelry. She could silence a room when she entered – she was stunningly beautiful, graceful, and had that “movie star” quality about her. She loved entertaining her friends and family from her home and abroad, and could start a conversation with anyone. She had a knack for conversation with insight, humor, and befriended people easily.

Ashley did not have children, but she always called her niece, Tina Langness, her daughter. They were very close, even though many miles kept them apart.

Ashley is survived by her husband, Dale; brothers, Callen (Patti) Faiman, Jason (Janel) Faiman, as well as nieces and nephews and the extended Nelson family.

She was preceded in death by her father, Fred Faiman; mother, Agnes Faiman; and sister, Bonnie Wock.