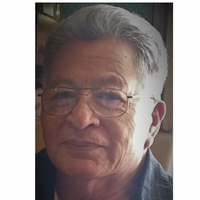 Eusevio passed away on August 19, 2022 at Trinity Hospital, Minot, ND.  He was 87 years old. Eusevio was born on June 22, 1935 to Eusevio, Sr and Juanita Valdivia in Fierero, NM. He attended school through the sixth grade.  Eusevio stayed home to help the family with work.  His Dad was diagnosed with Lung Cancer from all his years working in the mines. Eusevio took care of his parents.

When Eusevio was 15 years old, his family traveled to CA to work on several different farms.  He grew older and received his first job at Norton Air Force Base, he worked as a civilian on the airplane craft.  He loved this job. After a few years down the road he met and married Angelina Alcarez on April 15, 1961.  They had three children.  They later divorced in 2005.  Eusevio moved to Sacramento to live with his oldest daughter and her family.

Eusevio had new experiences living with his daughter because her husband Manuel worked for BNSF and his job included transfers to different states and he followed to each state and Eusevio’s last state was ND.  Eusevio’s famous saying: “it’s too damn cold here.”  But he endured.

Eusevio was a great father, and worked several jobs for his family, just so his family could have enough.  He will be greatly missed by all.

He is preceded in death by: his parents, Eusevio Senior and Juanita; his siblings, Raymundo Valdivia, Pete Valdivia, Cruz Gonzales and Cecilia Flores.