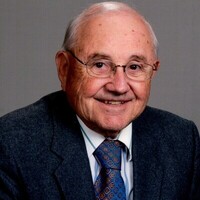 A burial service will be held at a later date in Strasburg, ND.

Ron was born August 2, 1940, to Leo M. and Kathryn (Kramer) Klein. He was the oldest of four children. He grew up and was educated in Strasburg and following graduation attended St. John’s University in Collegeville, MN, where he completed a Bachelors degree in Education. He then attended the University of North Dakota and received a Masters in Education.

He taught in various schools in North Dakota followed by several other jobs including State government, Easter Seals and co-owner of Pro Image Sports store until retirement. Ron had a love of sports especially baseball and college basketball. His favorite team was the Twins. He was also an avid horse racing fan. He was inducted into the Marauders Hall of Fame for serving numerous years as official scorekeeper under four men’s basketball coaches. Ron was a referee for both high school and college football games for about 25 years and a huge fan of Legion baseball as well as a Larks season ticket holder. More recently he enjoyed his walks along the Missouri River and was a frequent visitor to the library. He was very family oriented and especially loved and kept in touch with his two nephews, niece, stepson and their families who all live out of state.

Ron was preceded in death by his parents; brother, Ken Klein; and his sister, Darlene Klein.

The family would like to thank CHI St. Alexius staff for their attentive care and support while Ron was hospitalized. In lieu of flowers, please send a memorial to a charity of your choice in his memory.