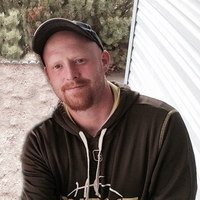 Jason L. Olander, 40, Mandan, passed away on Sunday, August 14, 2022 in Bismarck. A funeral service will be held on Friday, August 19, at 9:00 am at Parkway Funeral Service, 2330 Tyler Parkway, Bismarck. Burial will take place at the ND Veterans Cemetery at 11:00 am. Visitation will be held from 4-6:00pm on Thursday with a Vigil Prayer Service and sharing of memories starting at 6:00 pm at Parkway.

Jason was born on January 21, 1982, in Bismarck, the son of Brian and Joan (Fasching) Olander. He was raised and attended school in Mandan. In 2001, he joined the Army National Guard unit A 1-188th ADA and served as an Automated Logistical Specialist. In 2006, he served a yearlong tour in Afghanistan. When he returned to North Dakota, he worked in Jamestown at the armory for a few years before being Honorably Discharged in 2009.

When he moved back to Mandan, he worked as a conductor for the BNSF railroad. He later spent some time in Minot, where he got his CDL license. He enjoyed his job of driving truck and working in the propane industry for MVP for the last 9 years.

Jason loved being a dad to Elliyanna who was born in 2009. Elliyanna’s mother, Kara Zachmeier, and Jason were once married and through that relationship Jason was a stepfather to Aubriyanna, whom he loved and considered his own.

Elliyanna had lots of fun memories with her dad. Activities ranged from swimming at hotels, going out to eat at restaurants, watching movies, and storm chasing. She developed a love for reading which came from all the times her dad took her to Barnes and Noble. Elliyanna has fond memories of long drives on lazy days, stopping at parks, and ending the day with the best foot rubs from her dad.

One of Jason’s favorite things to do was spending time with family and friends. The Fourth of July was his favorite holiday because there was always a get together and of course, Fireworks! Growing up, Jason had a love of toy guns, his siblings remember him always with some type of cap gun, nerf gun, plastic gun, etc. As he grew, he found a love for hunting, fishing, golfing, and his dogs including his most recent dog, Lucy. He was a movie buff, enjoying all types of movies.

In lieu of flowers, donations made to the family will be put towards Elliyanna’s college fund. Checks can be written to CollegeSave for Elliyanna Zachmeier for future education and educational expenses and sent to ATTN: James Barnhardt (Director of CollegeSave) at PO Box 5509, Bismarck, ND, 58506-5509 or Kristi Olander at 3201 N Reppert Ave, Sioux Falls, SD 57107. Also, Jason was proud of his time spent in the military, and would appreciate any donations made to local Veterans’ organizations geared towards helping with PTSD and/or Veterans struggling with addiction.