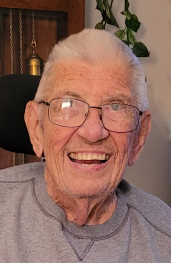 Posted at 20:02h
in Uncategorized
by staff

Dan was born in Fargo, ND to Alfred and Margaret (Archbold) Chaussee. They soon moved to Bismarck where Dan enjoyed his childhood and much of his life. Dan graduated from St. Mary’s Central High School in 1958 and went on to BJC, graduating in 1960. Dan then went on to Nurse’s training at St. Mary Corwin Hospital School of Nursing in Pueblo, CO, where not only did he become a nurse, he met Virginia “Ginnie” Lee, the love of his life. They married in 1963, just before Dan went to Korea in the Army Nurse Corps.

Dan served his country for 12 years with time in Korea, Germany and all across the US. Dan also continued his nursing education at Mary College in 1971 and gained his Master’s in Nursing in 1975 at University of Iowa. Dan retired as a Major from the Army after being diagnosed with Multiple Sclerosis. Dan and family moved back to Bismarck where he taught nursing for 23 years at the University of Mary. Dan was also proud to be the Maternal Child Care Health Nurse on the Standing Rock Reservation for three years.

Dan was very active in the community and with his fellow veterans. Dan served as President of the Cathedral School Board, President of Vue Community Credit Union, Commander of the American Legion and Chef-de-gar of the 40&8.

Dan was kind to everyone he met. His warm smile and friendly chuckle made everyone feel at home. With his many health issues, Dan always kept positive, often saying he never had a bad day and if he was ever asked about pain, he’d say, “I don’t have pain. I am a pain.”

Dan is survived by his sons Mike (Kim), Kevin (Shannon) and Bob (Lauranda), his 10 grandchildren and his Brothers Jerry and Paul. He was preceded in death by his parents, his wife Ginnie and brothers Bill and Bob.

In lieu of flowers, Dan asked that donations be addressed to the 40 & 8 service group and/or the non-profit North Dakota Assistive (also donate online at ndassistive.org).