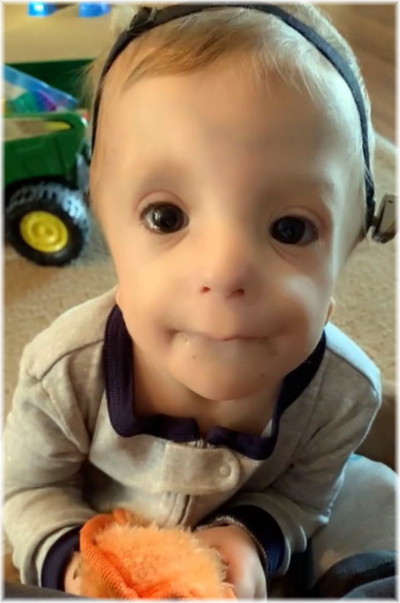 Walker Dale Henderson, 2, Dickinson, died in his mother’s loving arms and with his father and older brother with him and with the prayer and thoughts of so many other family and friends on Wednesday, August 3, 2022 from complications of a two years battle with an immune disorder. Walker’s Mass of Christian Burial will be at 10 a.m. MT, Saturday, August 6, 2022 at St. Joseph’s Catholic Church, Dickinson with Fr. Benjamin Wanner as celebrant. Interment will take place at St. Joseph’s Cemetery, Dickinson. Visitation will be from 5 p.m. to 6 p.m., Friday at Ladbury Funeral Service, Dickinson with a rosary and vigil at 6 p.m. MT with Deacon Ross Reiter presiding. Visitation will continue one hour prior to the service at the church on Saturday.

Walker Dale was born on April 30, 2020 in Bismarck, the son of Austin R. and Karmen (Schmidt) Henderson. The first part of his life was spent in Solen until recently when the family moved to Dickinson.

In Walker’s short life, he received and gave so much love. He enjoyed playing with his older brother, Lane, and watching his favorite show, Coco Melon. He was a huge fan of his dad’s auctioneering.

He was preceded in death by his great-grandparents, Richard and Monica Schmidt, and Wilbur and Scholastica Mildenberger.